On September 30, 2002, the container ship M/V Everreach spilled approximately 12,500 gallons of oil into the waters of the Cooper River in Charleston, South Carolina. While the oil was concentrated in the vicinity of the North Charleston Terminal and the Old Navy Base, oiling occurred in tidal creeks and backwater areas of James Island, Shutes Folly, Crab Bank, Morris Island, Folly Beach, and Sullivan’s Island, totaling approximately 30 linear miles of shoreline.

This spill oiled a wide-range of habitats, including tidal flats, fringing marshes, intertidal oyster reefs, and sandy beaches, as well as dock, piers, and bulkheads. Pelicans, waterfowl and shorebirds were oiled,and key habitat was damaged for multiple species of birds, fish, and invertebrates. A shellfish bed was temporarily closed, and there was a disruption to recreational shrimp baiting in area waters. NOAA and its co-Trustees worked cooperatively with the ship’s owner to determine the environmental injury. Settlement included a salt marsh restoration project and an additional $121,000 for damages to recreational facilities and lost use of natural resources.

NOAA and the Trustees worked with the Responsible Party to restore over 11 acres of salt marsh habitat at the site of the former Charleston Naval Base golf course in North Charleston. The Noisette Creek Restoration Project restored tidal flow through berm breaches and excavation of a tidal creek network. The project was completed in 2018, including 3 years of post-construction monitoring (PDF, 86 pages).

To address the lost recreational uses, the Trustees evaluated three restoration alternatives, including a no action alternative. These alternatives were presented in a Draft Restoration Plan and Environmental Assessment, released for public comment June 27 through July 27, 2019. No public comments were received. The Trustees  selected one project to compensate the public for the injury to recreational fishing. The selected project will provide additional and improved fishing access through the installation of a fishing pier at the Sol Legare Boat Landing on James Island, South Carolina. Implementation is expected to begin in 2020. 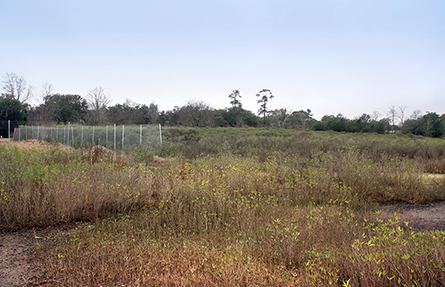 “We’re confident that the restoration at Noisette Creek will provide significant benefits to fish and wildlife populations. Now our next goal is to to improve public access to recreational fishing and boating opportunities in the Charleston area.” --Stacie Crowe, South Carolina Department of Natural Resources