On March 24, 1989 the oil tanker Exxon Valdez ran aground in Prince William Sound, Alaska, spilling 11 million gallons of oil. The ecologically sensitive location, season of the year, and large scale of this spill resulted in one of the largest environmental disasters in U.S. history.

The spill affected more than 1,300 miles of shoreline, with immense impacts for fish and wildlife and their habitats, as well as for local industries and communities.

More than 25 years since the spill, the following species remain in a “Not Recovering” or “Unknown” status:

Settlement funds have been used to fund multiple restoration and protection projects throughout Prince William Sound, the Gulf of Alaska, and for habitats outside of the state that are important for migratory species. More than 600,000 acres of land have been protected using settlement funds and matching funds from numerous restoration, research, and monitoring programs.

Current restoration activities are focused on:

Long-term monitoring of marine conditions and restoration effectiveness is ongoing.

Ultimately, the Exxon Valdez spill resulted in a close examination of the status of oil spill prevention, response, and cleanup in the United States. One result was the passage of the Oil Pollution Act of 1990, which led to the establishment of NOAA’s DARRP program. 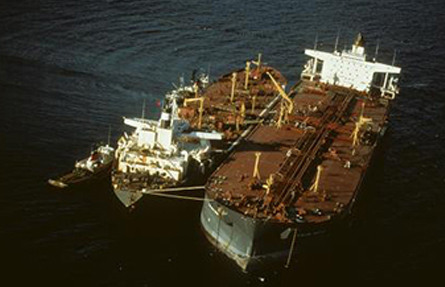 "I think the big surprise for all of us who have worked on this thing for the last 25 years has been the continued presence of relatively fresh oil."