Between 1854 and 1952, the former Gloucester Gas Light Company operated a manufactured gas plant (MGP) along the Gloucester waterfront in the vicinity of the present-day Harbor Loop and Rogers Street along the Inner Harbor.

The MGP used industrial processes to produce manufactured gas from coal and oil. Customers used the gas primarily for the same purposes we use natural gas today (e.g., lighting, cooking and heating). MGPs, which were common before the development of the region’s natural gas pipelines, often yielded by-products of the gas production process such as tars, sludges, and oils.

Production at the gas plant ended in the early 1950s and ownership changed to the North Shore Gas Company, a predecessor of the current owner, National Grid.  A commercial area and Solomon Jacobs Park were later constructed on the site, and a U.S. Coast Guard station was eventually established on a portion of the area.

Hazardous chemicals from coal tar (principally PAHspolycyclic aromatic hydrocarbons; a group of organic contaminants that are often the byproducts of petroleum processing or combustion. Many are toxic to aquatic life and several are suspected of causing cancer in humans.) released by the former manufactured gas plant contaminated soils and groundwater, as well as sediment in the adjacent Gloucester Harbor. These pollutants pose a potential risk to fish and wildlife species that depend upon this area for habitat, including the benthic organisms that make up the bottom of the food chain directly impacted by the contaminated sediments.

National Grid worked with the Massachusetts Department of Environmental Protection to clean up contamination from the former gas plant. The cleanup, begun in 2015, includes removal of contaminated soils, sediment, and groundwater, capping of some park and harbor areas with clean fill, and construction of a new seawall to protect the harbor. The majority of offshore sediment dredging is completed, and all cleanup activities were concluded in 2017.

NOAA and the other natural resource trusteesGovernment officials acting on behalf of the public when there is injury to, destruction of, loss of, or threat to natural resources. are working cooperatively with National Grid to conduct a Natural Resource Damage Assessment. This process will determine the appropriate type and amount of restoration needed to compensate the public for injuries to natural resources and associated lost recreational opportunities. 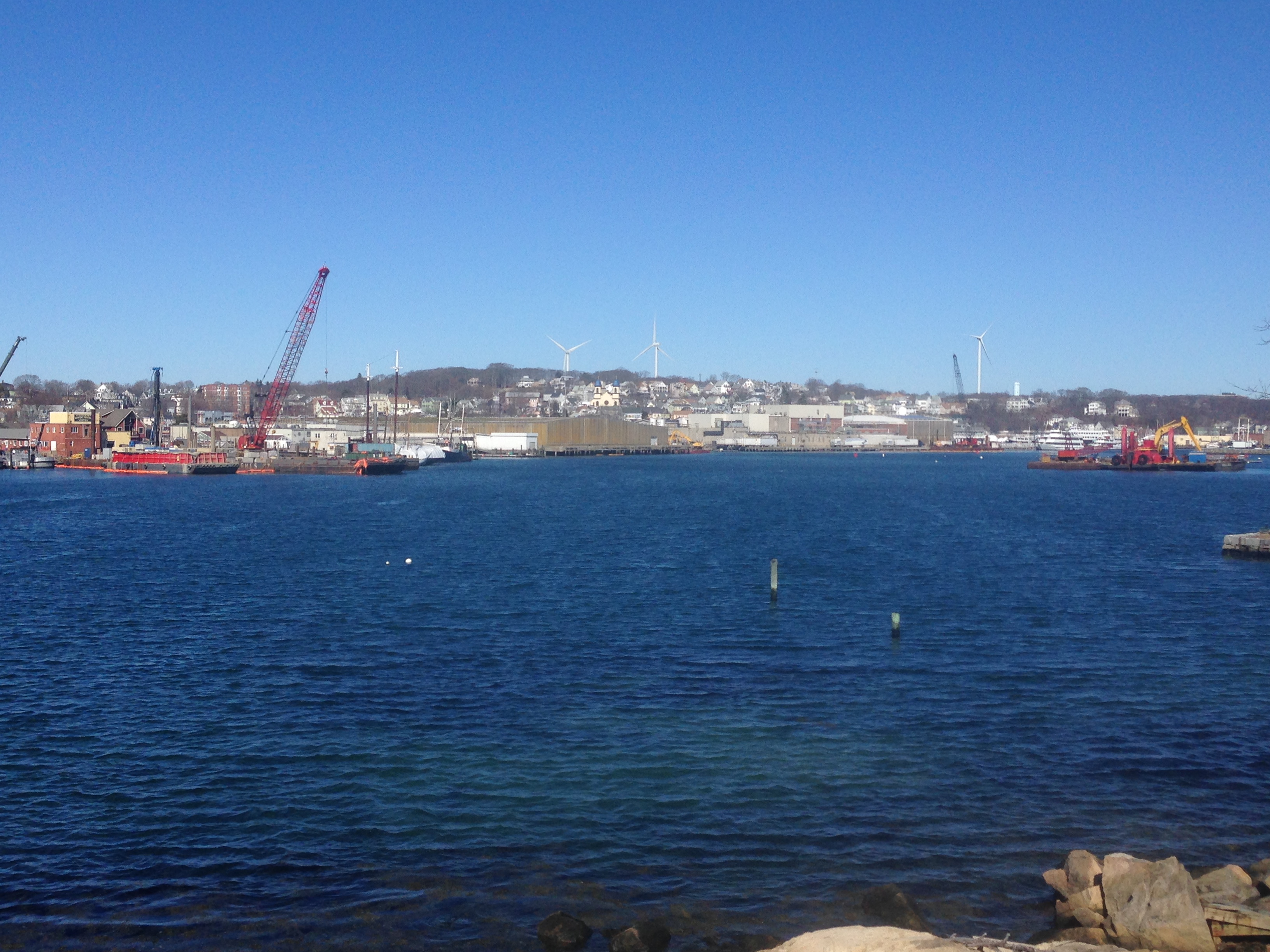 Much of the Gloucester Harbor dredging area is shown above (NOAA).

“The State of Massachusetts is bringing a comprehensive remedy to a contaminated harbor within an area known for its beauty and recreational resources. The Trustees hope to compensate the public for losses of these valuable natural resources and services.”