The Tug Powhatan contained an unknown volume of diesel fuel, gasoline, fuel residues, and lubricating oils and shortly after sinking visible oil sheens were observed in Starrigavan Bay and other parts of Sitka Sound. Over the course of the incident, containment and sorbent boom was deployed around the area where oil was surfacing, fuel tank vents and other release location were capped, and responders recovered more than 6,830 gallons of oil-water mixture.

Continuous release of oil and surface sheening were observed until the vessel was removed from the water on June 12, 2017.

At the time of the Tug Powhatan’s sinking, Pacific herring eggs were present in nearshore areas throughout Sitka Sound including areas where sheens were observed. Recently hatched herring larvae were present in the water column and observed in areas impacted by oil sheens.

Furthermore, at the time of the spill, salmon smolt were out-migrating from two streams that flow into Starrigavan Bay and large numbers were present in areas where sheens were observed. Ground assessments recorded oil on the shoreline at the Old Sitka State Historic Park and on North Starrigavan Beach. An advisory was issued restricting beach access and warning against the harvest and consumption of shellfish from the area.

Starrigavan Beach is a popular, road-accessible beach that is regularly used by the community for recreational and subsistence clam harvesting. Due to the sensitivity of early life stages of fish and the importance of shellfish harvesting to the local community, the impacts of this oil spill were likely significant.

We are currently working to determine the magnitude of the injuries to the resources and services that were impacted by the spill.

The Natural Resource Damage Assessment (NRDA) is focused on injuries to Pacific herring and lost human uses related to shellfish harvesting. Data and information collected during the spill and existing information from other sources are being used to determine the amount of restoration needed to compensate the public for natural resource injuries and lost recreational fishing use opportunities.

On July 1, 2019 NOAA released a Draft Restoration Plan and Environmental Assessment for public comment, proposing restoration projects in Sitka to compensate for natural resource injuries from the spill. 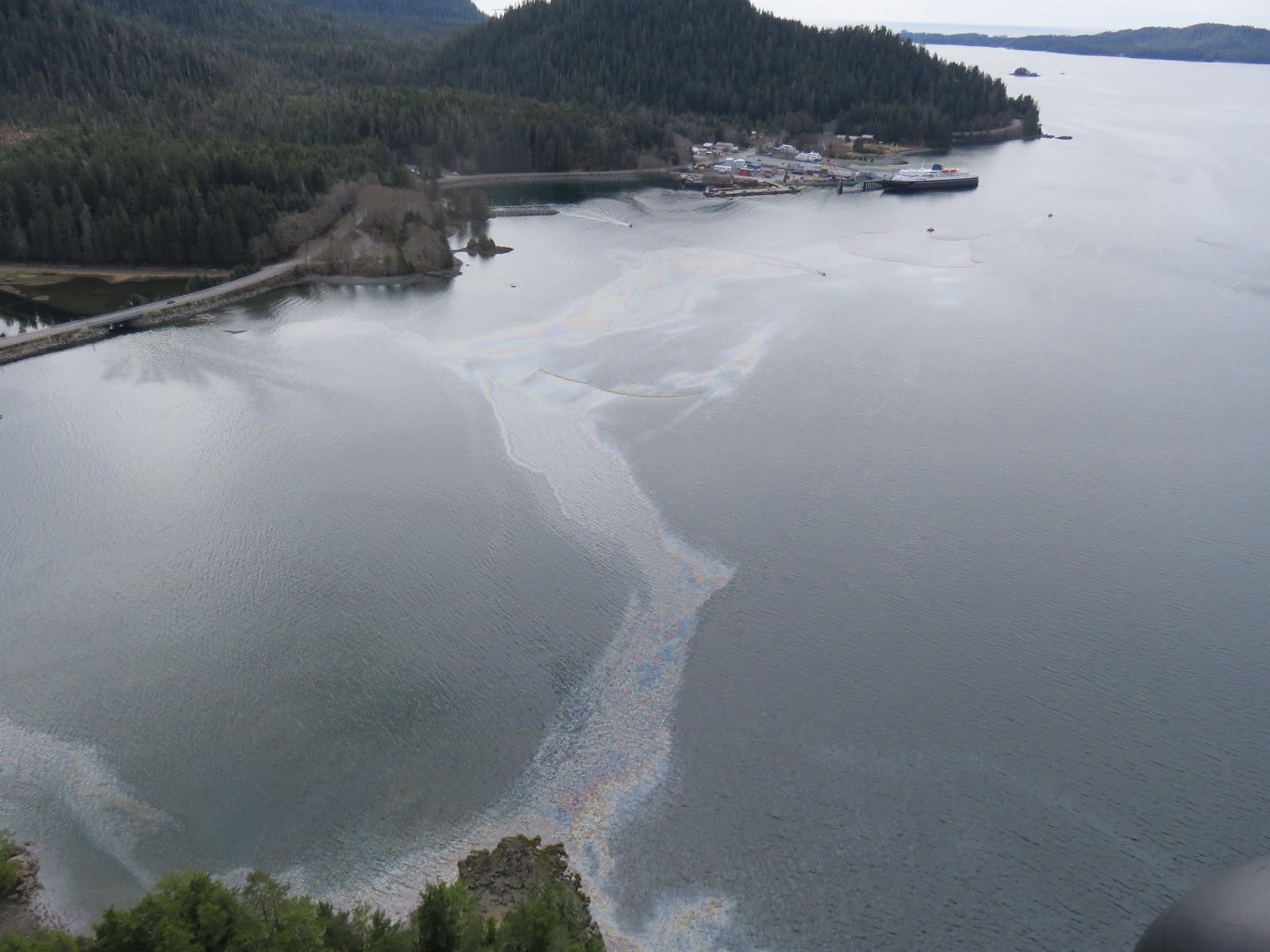 Oil sheen, containment boom, and deflection boom in Starrigavan Bay on April 23, 2017. (Photo provided by the US Coast Guard)

"The timing of this spill overlapped with the presence of early life stages of Pacific herring that are very sensitive to oil contamination. The spill also occurred during peak times for shellfish harvesting . Though response and salvage operations were successful, natural resources and the local community were impacted by this spill and require restoration." 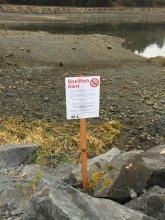