The trusteesGovernment officials acting on behalf of the public when there is injury to, destruction of, loss of, or threat to natural resources. assessed injuries to natural resources—such as fish, bottom-dwelling organisms, nearshore ecosystems, birds, sea turtles, and marine mammals—and lost recreation resulting from the spill.

Through the Natural Resource Damage Assessment (NRDA)Investigation performed by trustees to identify injuries to natural resources caused by oil spills, hazardous substance releases, and grounding incidents in National Marine Sanctuaries, and plan restoration activities. The goal of NRDA is to restore natural resources and compensate the public for lost recreational use., we evaluated the type and amount of restoration needed in order to return the Gulf to the condition it would have been in before the spill and to compensate the public for the natural resource services that were injured or lost. The Deepwater Horizon spill resulted in the largest natural resource damage assessment ever undertaken.

We conducted dozens of public meetings and received thousands of comments which have helped us shape each phase of early restoration. These projects allowed restoration of the Gulf to begin immediately.

On October 5, 2015, we proposed a comprehensive, integrated, ecosystem restoration plan to address impacts from the spill to the Gulf of Mexico. The draft plan allocated up to $8.8 billion for restoration from a proposed settlement with BP. It was based on our thorough assessment of impacts to the Gulf's natural resources and the services they provide. 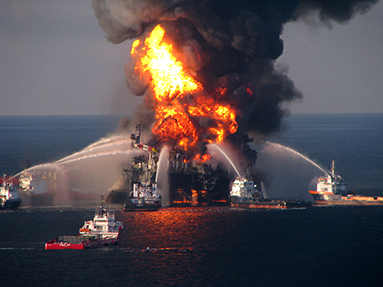