On April 27, 2003, the tank barge Bouchard 120 hit a bedrock ledge in Buzzards Bay. The impact created a 12-foot rupture in the barge’s hull. An estimated 98,000 gallons of oil spilled into the coastal waters of Massachusetts and Rhode Island.

Nearly 100 miles of shoreline were oiled, impacting tidal marshes, mudflats, beaches, and rocky shorelines. A number of bird species were killed or injured, including piping plover and roseate tern, both federally protected species. The spill also injured fish, shellfish, and other aquatic life, and prompted restrictions on beach access, shellfishing, and boating.

In October 2020, NOAA and the natural resource Trustees released a final amendment to the previously approved 2014 Final Programmatic Restoration Plan. The selected project will use up to $400,000 in remaining funds for the Cuttyhunk Island Protection Project—a $7 million land acquisition in partnership with the Buzzards Bay Coalition that would permanently protect hundreds of acres of habitat on the island. The Trustees released a draft of the amendment in June 2020.

In August 2019, U.S. Fish and Wildlife Service, Massachusetts Executive Office of Energy and Environmental Affairs, and Rhode Island Department of Environmental Management released a draft plan to restore common loons and other birds that were killed and injured by the oil spill.

Between 2013 and 2016, 28 projects were funded to protect nesting habitat for federally-listed piping plover to increase their populations at multiple beaches in Massachusetts and Rhode Island.

In 2011, NOAA and the natural resource Trustees reached a partial settlement of more than $6 million with the Bouchard Transportation Company. The settlement fully addressed claims for injuries to aquatic and shoreline resources, as well as to piping plovers. It also accounted for losses to public coastal access, recreational shellfishing, and boating. The Trustees continue to work with the responsible party to compensate the public for injuries to loons, sea ducks and other coastal birds.

In 2018, a second, $13.3 million settlement was reached to address injuries to common loon and other birds impacted by the spill. 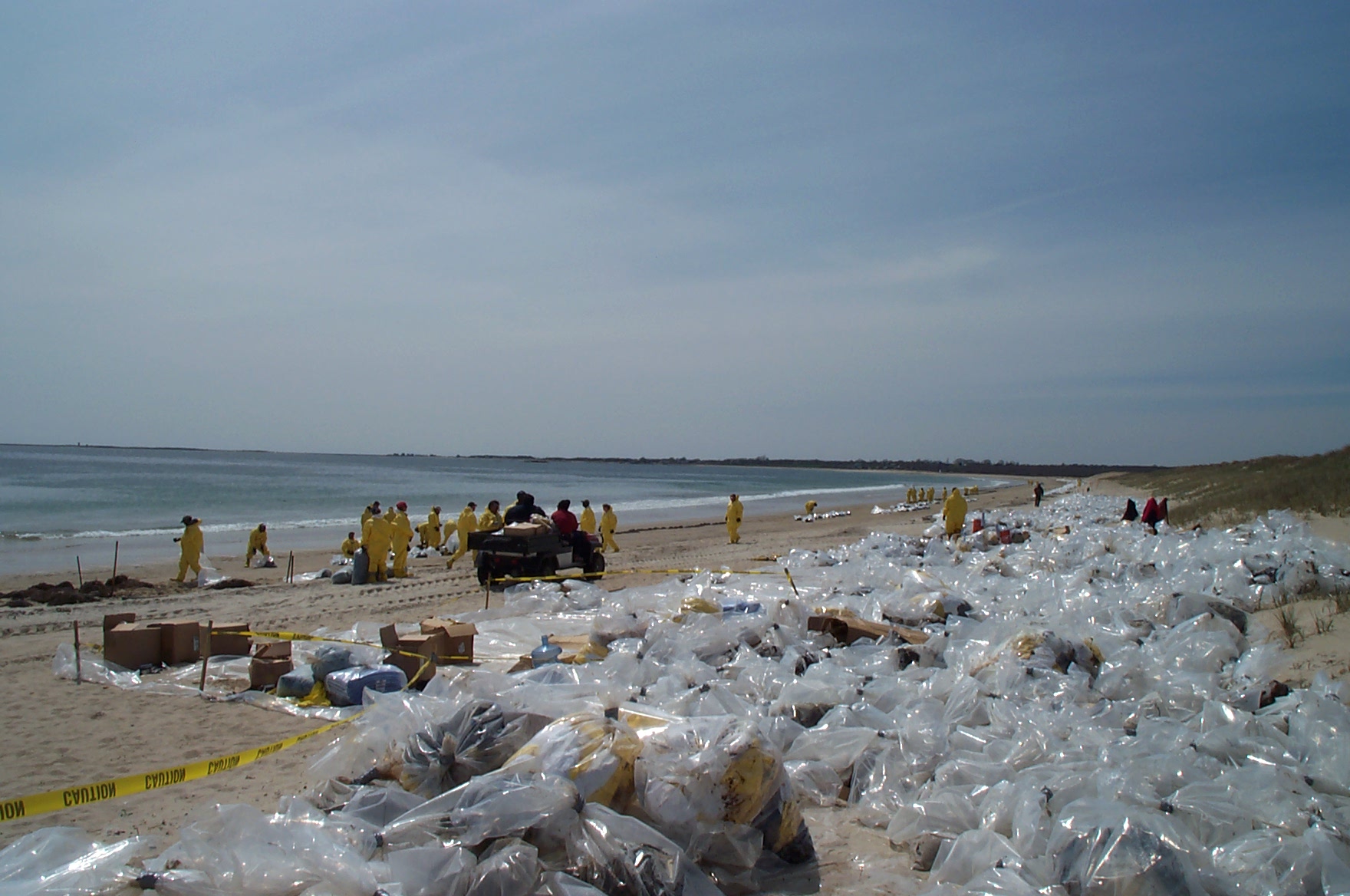 “The B-120 restoration funds will restore or enhance ecologically important bay habitats and improve access to Buzzards Bay and recreational shellfishing opportunities for the public.” 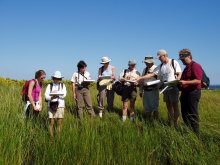