On June 10, 1999, a rupture in the Olympic Pipeline discharged approximately 236,000 gallons of gasoline into a tributary of Whatcom Creek. Fumes from the gasoline ignited as it moved down Whatcom Creek, through a city park and residential neighborhoods.

The explosion and fire caused by the pipeline rupture killed three children. The incident also destroyed critical habitat for runs of Coho, Chum, and Chinook salmon, killed thousands of aquatic organisms, and severely impacted the aesthetics of a heavily used public park.

A settlement finalized in 2004 provided over $3.5 million for restoration. In addition,13.5 acres of land were transferred to the City of Bellingham to expand the park.

Three restoration projects have been completed at Salmon Park, Cemetery Creek, and Red Tail Reach. These critical habitats for salmon and other injured resources have been restored:

In 2007 the Lummi Nation held a Healing Ceremony near the Red Tail Reach project to honor the three boys killed during the incident and celebrate the recovery of Whatcom Creek. A Memorial Pole and two carved cedar benches were unveiled during the ceremony.

As the last restoration project, the City of Bellingham installed a parking area, new trail, and trailhead on the newly acquired parcel added to Whatcom Falls Park as recreational enhancements to compensate for lost human use. 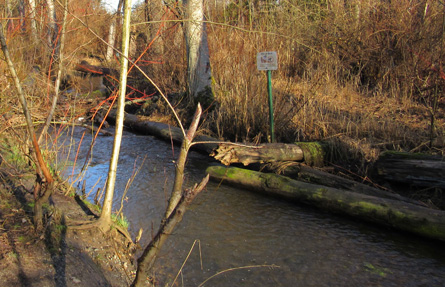 “The projects have been remarkably successful and in addition to the direct restoration benefits these projects provided to Whatcom Creek, they also focused our community’s support for stream restoration activities throughout Bellingham.”