On May 11, 2016, the U.S. Coast Guard responded to a crude oil spill discharged from a Shell Offshore, Inc. well-head flow line in the Green Canyon Block 248 subsea oil production system. This system is located approximately 97 miles off south of Timbalier Island, Louisiana. The oil leaked from a piping system used to transport oil from a production well on the seafloor. Shell reported to DOI’s Bureau of Safety and Environmental Enforcement that the incident resulted in an estimated discharge of 1,926 barrels of oil, or 80,892 gallons, into the waters of the Gulf of Mexico.

As part of the Natural Resources Damage Assessment (NRDA) process, NOAA and its co-trustees have evaluated what species were exposed to oil by analyzing historical data on fish and invertebrates in the offshore waters of the Gulf of Mexico. The early life stages of fish and invertebrates are very sensitive to oil, especially in the presence of ultraviolet light found in sunlight. NOAA and its co-trustees also examined the harm to marine mammals and birds.

The trustees entered into a Consent Decree with the responsible party, Shell Offshore Inc. (Shell), on August 27, 2018 to settle claims for injuries to natural resources from the spill.  Shell paid  $3.625 million to the trustees to plan and implement restoration projects that address the natural resource injuries.

On March 3, 2021,NOAA and co-trustees, released the Final Restoration Plan and Environmental Assessment (RP/EA) (PDF, 101 pages) detailing the selected restoration projects that will be implemented to restore habitats for the fish, birds, and marine mammals impacted by the spill and how the selected restoration projects aim to compensate the public for the natural resources and services injured as a result. 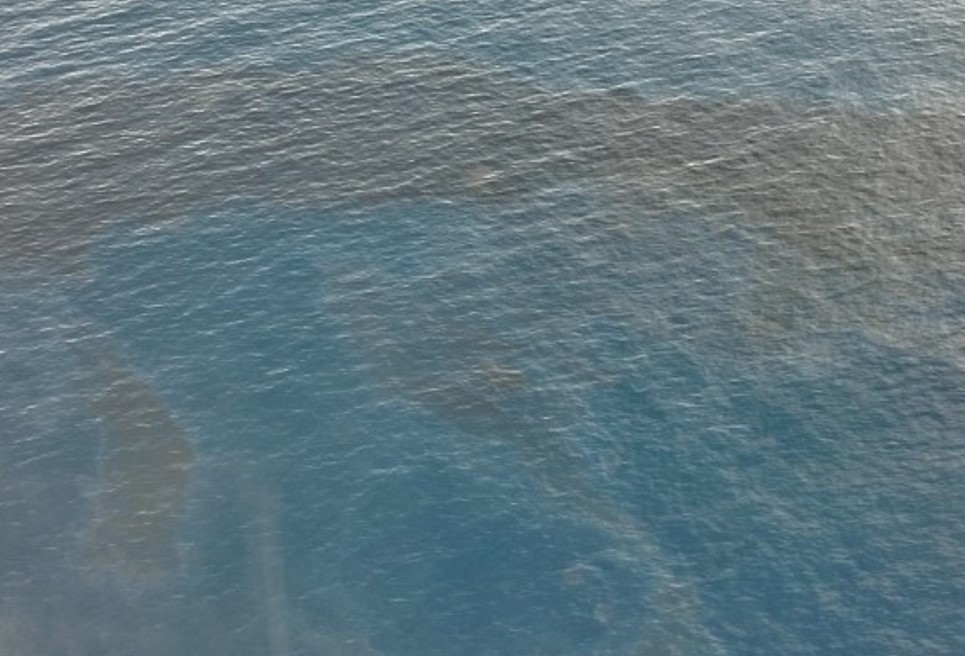 Dark oil photographed during a Coast Guard overflight on May 12, 2016.

"While many people think of oil spills impacting shorelines, even far from land, the clear waters of the offshore Gulf of Mexico are also susceptible to the impacts of oil spills."