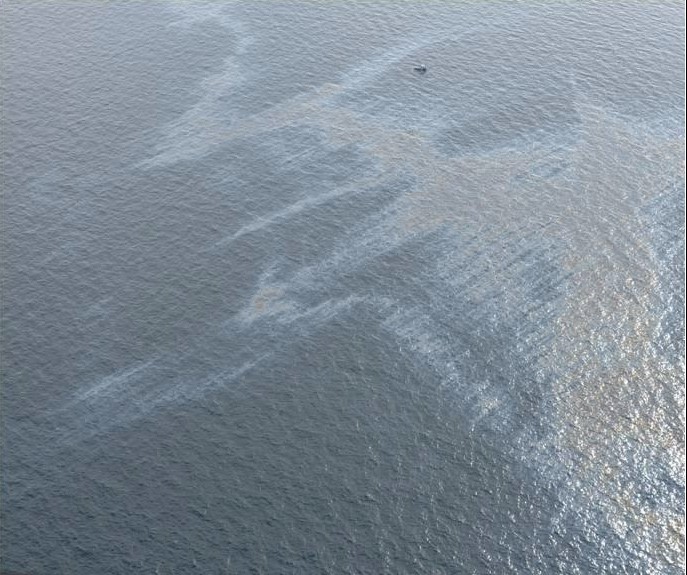 Oil slick in water viewed from the air at the Taylor MC20 site (USCG).

On March 18, 2022 a settlement was finalized in Federal District Court to resolve claims related to the Taylor Energy Platform oil spill at Mississippi Canyon 20 (“MC-20”). $16.5M of this settlement is to partially restore natural resources injured by the spill.

This proposed settlement was announced on December 20, 2021 and was finalized after a public commenting period.

The spill began in 2004, when the Taylor Energy production platform located in the Gulf of Mexico about 10 miles off the coast of Louisiana collapsed during Hurricane Ivan, resulting in an ongoing oil discharge that continues to today.

“This settlement represents an important down payment to address impacts from the longest-running oil spill in U.S. history" said Nicole LeBoeuf, Director of NOAA's National Ocean Service in a DOJ press release. "Millions of Americans along the Gulf Coast depend on healthy coastal ecosystems. NOAA and our co-Trustees look forward to working in partnership with the National Pollution Funds Center to ensure the region and the ecosystem can recover from this ongoing tragedy.”

$16.5 million of this proposed settlement will go towards projects that restore the natural resources impacted by the Taylor Energy oil spill.

The Co-trustees will work with the National Pollution Funds Center to recover the dollars needed for the additional restoration required.