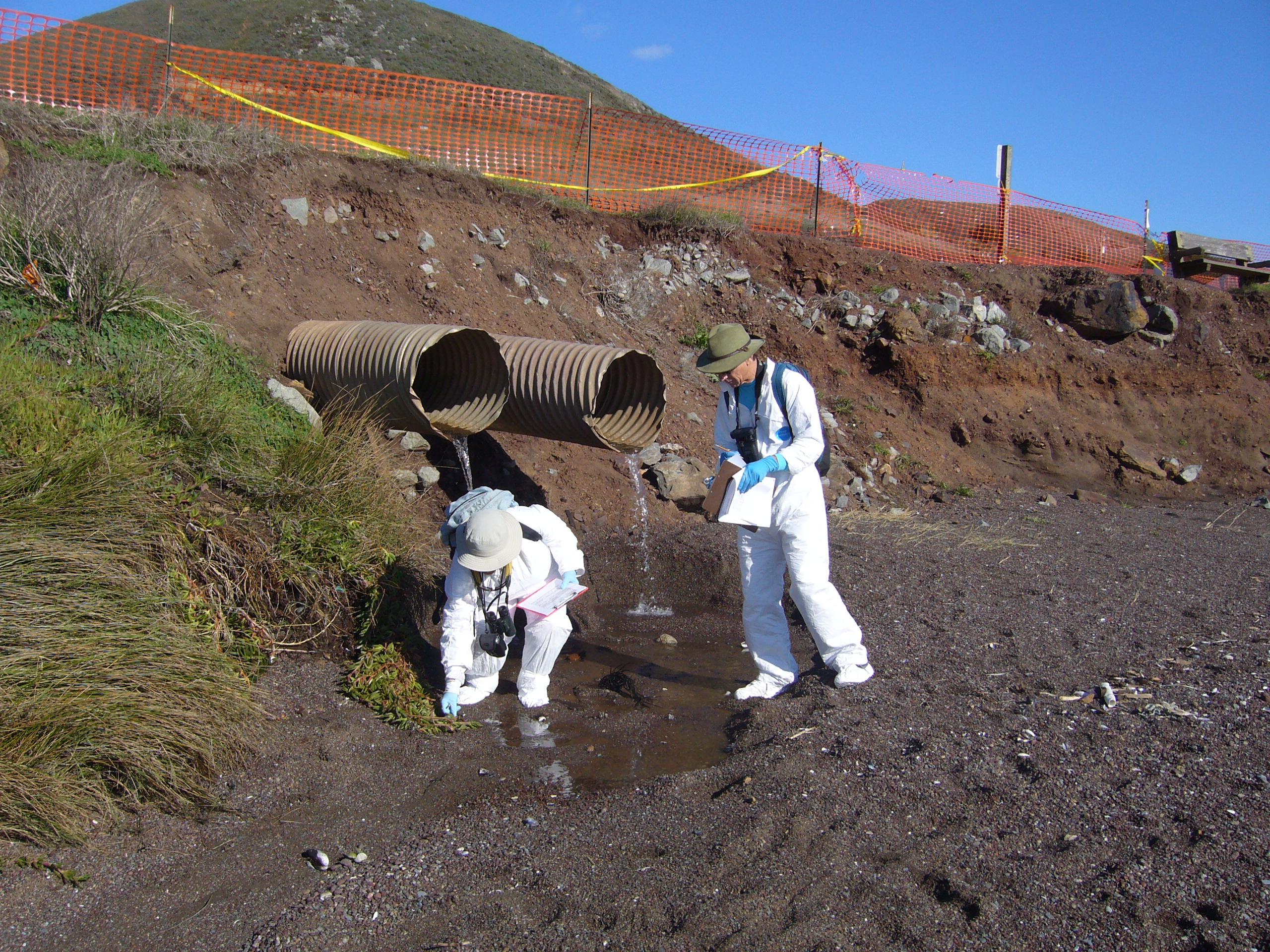 Sentinels of the Coast: Surveying the Beaches After Cosco Busan

This is the fourth in a series of stories in remembrance of the M/V Cosco Busan oil spill that happened a decade ago on Nov. 7, 2007. Mary Jane Schramm shares the Greater Farallones National Marine Sanctuary’s response efforts and the volunteer involvement that took place following the spill.

On Nov. 7, 2007 reports on the Cosco Busan spill reached Greater Farallones National Marine Sanctuary. Staff of the Sanctuary and Greater Farallones Association (link is external) began to mobilize Farallones Beach Watch volunteers. Sanctuary headquarters in San Francisco at the Presidio’s Crissy Field Beach was transformed into the initial Command Post for the incident’s Natural Resources Damage Assessment. The garage became an intake station where dozens of trained staff and volunteers processed dead birds and hundreds of samples of oil, sediment and biota using forensic protocols for handling evidence, chain-of-custody and cataloguing. The sanctuary reshuffled staffing from the top down, and at dawn, Nov. 8, beach watchers hit the beaches at several outer coast sites, with full protective gear and monitoring equipment to perform pre-spill assessments before the oil could reach sanctuary beaches.

Beach Watch is a monitoring program supervised by staff biologists, where highly trained volunteer citizen scientists regularly document the condition of sanctuary shores. In the course of frequent field surveys they become experts on specific beaches, knowledgeable about what species feed, rest or transit through and their seasonality. Surveyors methodically catalogue live and dead marine life, and oil which occasionally strands on the region’s beaches throughout the year. Trained in forensic protocols for gathering evidence, the pre-spill and post-spill data gathered by Beach Watch teams represented a key element in assessing adverse changes caused by the spill. At a Senate subcommittee hearing the sanctuary and Beach Watch were singled out for praise due to their preparedness and detailed knowledge of these resources.

During the incident’s initial months, working with sanctuary and association staff, Beach Watch volunteers conducted field sampling of oiled and dead wildlife, then phased into damage assessment and data analysis, comparing incident findings to historical baseline conditions. This work lasted approximately two years. The Natural Resource Trustees drew on the wealth of information contained in Beach Watch’s systematic, decade-long, continuous data set on hundreds of miles in the affected outer coastal areas, to aid the assessment of the severity and geographic extent of the injuries. Response teams used Beach Watch surveys to identify sites where endangered species and vulnerable wildlife might be found, and where perhaps some might still be rescued.

After the initial response Beach Watch surveyors performed daily reconnaissance and damage assessment and continued to do so as beaches were being cleaned. Some surveys filled geographic and temporal gaps in documented observations of oiling since the Incident Command response teams could not constantly cover so many miles of impacted shoreline. They sampled beaches for oil, and delivered the samples to the State’s petroleum chemistry lab for analysis.

Not only wildlife and habitats suffered: Beach Watch’s records of coastal visitors quantified their pre-spill use patterns, which aided in calculating monetary damages due to lost use of fouled and closed recreational areas.

The 10-year record on the baseline levels of beached tarballs (gobs of weathered oil) provided verifiable records of the condition of the coast before the spill, and was used to determine the cleanup endpoints: i.e., how clean a beach must be before being declared free of Cosco Busan pollution, no longer in need of cleanup.

To calculate the damage to seabirds and shorebirds, scientists used Beach Watch data to determine the length and extent of proposed coastal bird restoration projects, because it included species and age — essential factors in successful wildlife restoration design. The legally defensible documentation of damages due to Beach Watch’s meticulous records would help secure funding for projects to benefit injured wildlife and damaged habitats for years to come.