The site is an inactive Chevron marine terminal with four, empty, above ground storage tanks, pumps, piping, and a small metal-sided office building. Chevron is responsible for several oil releases totaling approximately 60,000 gallons over a long time period under different owners. The largest, in 1993, was a reported release of 36,000 gallons of unleaded gasoline onto the ground surface, within the diked area of the terminal. Only half of the gas was recovered. In July 2006, the U.S. Coast Guard observed a sheen on the Penobscot River and traced its origin to the inactive terminal. Shortly thereafter, the Maine Department of Environmental Protection requested Chevron provide a plan for mitigating the apparent release of petroleum hydrocarbons to surface water.

Chevron has taken responsibility for cleanup actions and injuries to natural resources. As part of a 2008 cleanup, they removed one acre of intertidal area, consisting of 2,884 tons of impacted sediment. Also at that time, Chevron excavated sediments nine feet below the surface, and placed a sheet pile wall around a relatively small part of the terminal to reduce oiled groundwater discharges into the Penobscot River.

The contaminants of most concern to NOAA and the other TrusteesGovernment officials acting on behalf of the public when there is injury to, destruction of, loss of, or threat to natural resources., at this freshwater tidal site, are PAHspolycyclic aromatic hydrocarbons; a group of organic contaminants that are often the byproducts of petroleum processing or combustion. Many are toxic to aquatic life and several are suspected of causing cancer in humans. found in river sediment. The impacted species we are most concerned about regarding these hazardous releases are: migratory fish, including the endangered Atlantic salmon and shortnose sturgeon, as well as river herring and striped bass. They all use the Penobscot River as a migratory corridor and juvenile rearing habitat.

NOAA and other Trustees settled with Chevron USA, Inc., and Texaco, Inc., et al for $922,862, to compensate the public for recreation losses, aquatic habitat injury, and federal costs associated with the natural resources damage assessment (NRDA)Investigation performed by trustees to identify injuries to natural resources caused by oil spills, hazardous substance releases, and grounding incidents in National Marine Sanctuaries, and plan restoration activities. The goal of NRDA is to restore natural resources and compensate the public for lost recreational use.. After the 2016 settlement, NOAA and the other Trustees evaluated natural resource restoration opportunities. $880,000 of the total settlement funds will be used for restoration activities.

In July 2019, the Trustees released a draft restoration plan for public review, and the final restoration plan (PDF, 66 pages) was approved in January 2020. The plan’s projects will improve river ecosystem habitats in the Penobscot River watershed for a wide variety of fish and wildlife using or migrating through areas affected by the spills. Read the web story for more details. 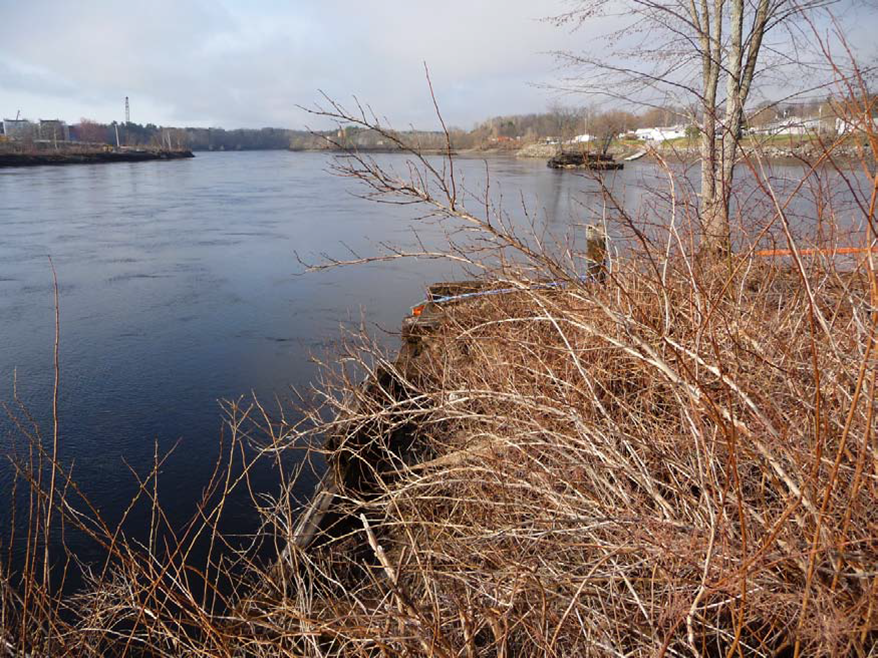 View of the Penobscot River looking just north of the site from the southeast side of the river.

“The Penobscot is the largest and arguably the most beautiful river in all of Maine. Ecological restoration, along with cleanup at the Chevron site, would help ensure the return and increase of the endangered shortnose sturgeon and Atlantic salmon to this great river.”

National Oceanographic and Atmospheric Administration
State of Maine
U.S. Department of the Interior 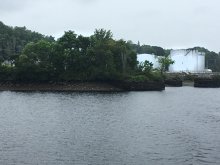