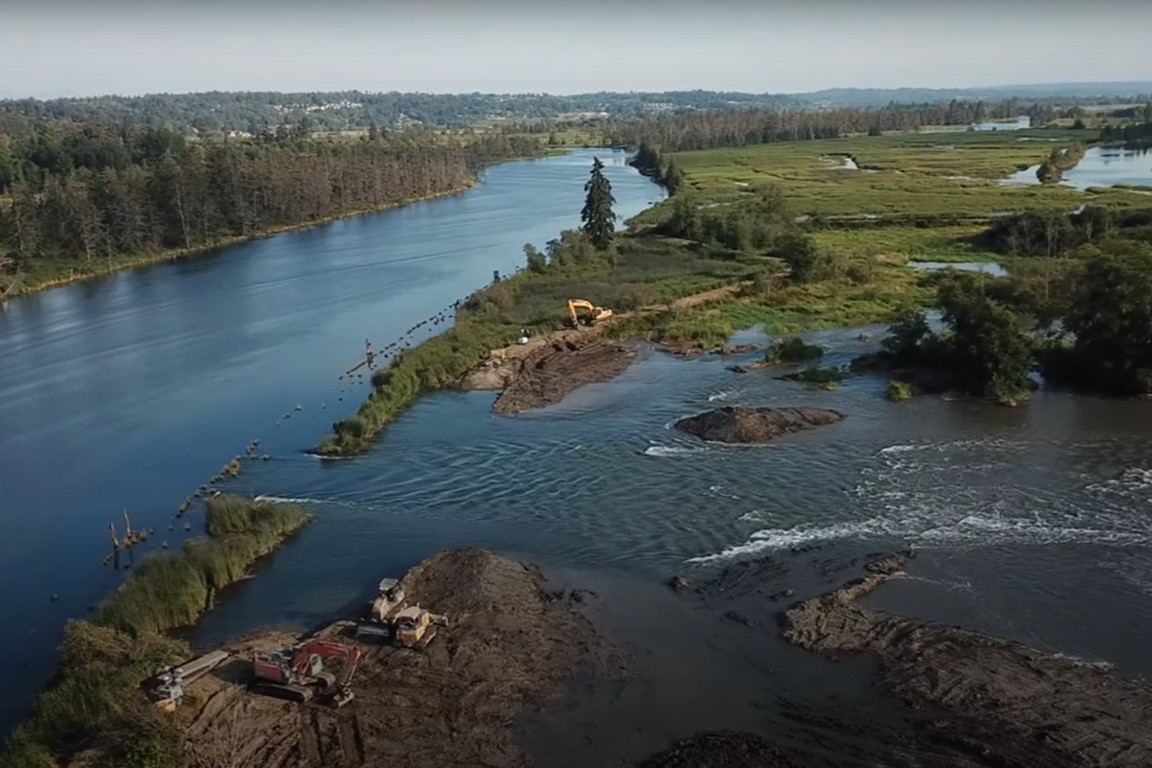 On August 9, 2022 excavators dug the first breach in the dike surrounding North Ebey Island, between the cities of Everett and Marysville, north of Seattle, Washington. With the rising tide, floodwaters poured into farmland that had subsided below sea level over the years. Construction crews prepared the 353-acre island for this flood for the last two years. Workers developed a mosaic of channels, marshes, mudflats and riparian areas to resemble those found on natural estuary islands.

Now reconnected to the Snohomish River, this new estuary island can serve as a home river nursery for nine species of salmonids, including the threatened Puget Sound Chinook salmon (Oncorhynchus tshawytscha), the preferred food of Southern Resident killer whales. Without restoration, both species are under threat of extinction.

Recent studies by NOAA and partners have shown that because of habitat loss, baby salmon overcrowd the remaining habitat in the estuary. Forced to leave for the open sea while they are still relatively small, the young fish are more vulnerable during migration. This in turn reduces the number of adults returning to the estuary to spawn.

This project is a milestone for both the Port Gardner Natural Resource Damage Assessment (NRDA) case and for Snohomish River salmon recovery. Federal, state and tribal efforts to secure restoration from the release of hazardous substances resulted in two settlements that led to the project’s construction. Blue Heron Slough joins a series of restoration projects restoring over 1,500 acres of Snohomish Estuary wetlands–the largest estuary restoration effort in Puget Sound.

Tulalip Tribes and Snohomish County were instrumental in creating a shared vision for the Snohomish River estuary. Partners embraced that vision, contributing technical assistance, monitoring effort and funding. The results are a portfolio of large-scale projects such as Quwloolt and Smith Island restoring significant ecological function and climate resilience and floodplain.

The completion of the Blue Heron Slough also serves as a model for how natural resource managers can make the public whole through effective restoration projects that are aligned with local restoration planning.