The Duwamish River was once a wide, meandering river with large areas of mudflats and marshes. By the 1940s, channelization and filling had transformed the 9-mile estuary into a 7-mile industrial waterway. This process destroyed 97 percent of the original habitat.

The lower Duwamish River is still highly developed, with many industrial and commercial facilities lining its banks. Hazardous substances have been released since the early 1900s, resulting in injuries to fish, birds, wildlife, and their habitats.

We are currently assessing impacts to:

Cleanup of the Lower Duwamish River has begun, and will continue for many years. But cleanup alone will not restore the salmon and other resources that have been impacted by past contamination. In order to restore these injured resources, additional habitat must be restored. This is especially true for the survival and recovery of threatened fish species, including the Puget Sound Chinook salmon and Puget Sound Steelhead. The young of these species spend time in this part of the Duwamish River as they transition from freshwater to saltwater.

In 2013, the trustees completed a final Restoration Plan (PDF, 124 pg). In 2014, as part of a NRDA settlement, the Boeing Company constructed one of the largest restoration projects on the Lower Duwamish River—almost five acres of mudflat, marsh, and riparian vegetation, providing habitat for fish and wildlife. The company Bluefield Holdings, Inc. has also completed a restoration project and plans to sell credits derived from the project to potentially responsible parties to address injuries to natural resources. We are planning additional projects to restore mudflats, marshes, and shoreline vegetation on the river. In 2016 a workshop report was published regarding habitat lessons learned on the Lower Duwamish River (PDF, 37 pg).

In June 2021 a settlement with Vigor Industrial, LLC and Exxon Mobil Corp. valued at $48.4 million was finalized to partially fund natural resource restoration, and a final restoration plan were released. The restoration plan (PDF, 38 pages) selects preferred projects that will restore more than 3 acres of different estuary habitats, including marsh, channels, and tidal areas in the river. The work will include removal of almost 6,000 creosote treated pilings, and 2.74 acres of overwater structures, like docks and piers, to create more natural habitat. The draft settlement and restoration plan were released for public comment in January 2021.

In January 2023 a settlement with Lynden, Inc. and others was proposed to resolve their liability for injuries to natural resources harmed by pollution. The settlement would provide funds for restoration of habitat for juvenile salmon, other fish, migratory birds, and other wildlife injured by releases of hazardous substances from commercial facilities on the banks of the Lower Duwamish River. The draft settlement was released for public comment for 30 days.

Stay Up To Date

Sign up for the Trustee Council's newsletter to get regular updates on our work. Enter your email address, then check the box next to “Lower Duwamish River Restoration” under the West Coast Updates heading. 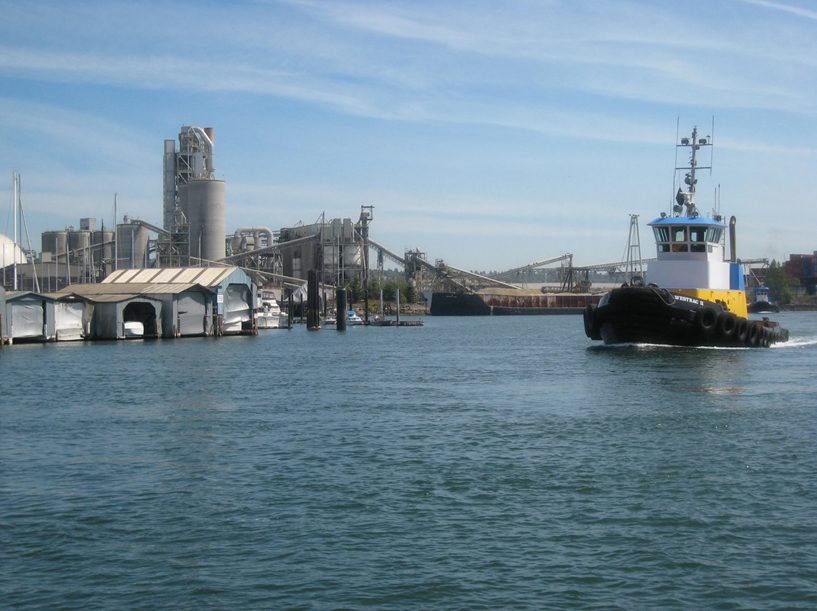 A boat navigates the Lower Duwamish River with industrial development on both sides of the river's banks.

Sign up for the Trustee Council's newsletter
Story Map: The Lower Duwamish River - Passageway for Fish and Industry in Urban Seattle. Sep 2018
Report: What we have learned about habitat restoration in an urban waterway. Aug 2016
NOAA Fisheries: A River Reborn: Restoring Salmon Habitat Along the Duwamish River. May 2014. 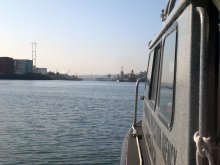