For decades, the American Cyanamid facility released a range of contaminants directly into the Raritan River. The factory manufactured chemicals and pharmaceuticals, and distilled coal tar. Cuckolds Brook, which crosses the site and flows into the Raritan River, was a conduit for untreated liquid waste from the early 1900s through the 1930s. A dispersant weirA low dam built across a river that is used to disperse effluent. was constructed adjacent to the facility in the Raritan River in the late 1930s to increase the mixing of untreated effluent into the river.

Some waste treatment was begun in 1940. In response to complaints regarding odor, color, and impacts to fish, waste treatment was enhanced during the 1950s through the 1970s. Chemical waste was either buried at the site or treated and stored in unlined impoundments until 1979. Dye manufacturing ceased at the facility in 1982.

The area was designated a Superfund site by the Environmental Protection Agency (EPA) in 1983. Direct discharge to the Raritan River ended in 1985, and the facility was closed for manufacturing in 1999.

Groundwater, soil, and waste disposal areas in the vicinity of the American Cyanamid property were contaminated with VOCs volatile organic compounds; a group of chemicals that evaporate or vaporize readily and are harmful to human health and the environment., SVOCs semi-volatile organic compounds; a group of hazardous chemicals that accumulate in sediments and living creatures; PCBs, dioxins, and some pesticides are SVOCs., PCBspolychlorinated biphenyls; a class of chemicals previously used in manufacturing that remain in the environment for many decades, accumulate in living creatures, and pose health hazards to humans, wildlife, and fish., and metals. Contamination extended into Cuckolds Brook, where metals, PCBs, and SVOCs existed at levels that posed a risk to the benthic communityorganisms that live in and on the bottom of the ocean floor.. In the Raritan River, concentrations of metals in sediment and surface water were observed at levels known to negatively impact aquatic life.

The EPA planned cleanup of soils and impoundments at the Superfund site, as well as control of contaminated groundwater discharging to the Raritan River, is expected to protect natural resources in the river from future injury. NOAA continues to work with EPA on evaluating cleanup options at the site and to assist with long-term monitoring to ensure that the current actions are protective of the river.

On February 1, 2017 a settlement was finalized associated with releases from the American Cyanamid Superfund site. The agreement includes removal of the Weston Mill Dam, an alternative analysis report and design of improved fish passage at the Island Farm Weir, and reimbursement of past and future assessment and oversight costs.

The Final In-River Restoration Plan and Environmental Assessment was released on November 4, 2016. The plan includes removal of the Weston Dam on the Millstone River and analysis and design of an improved fish passage alternative at the Island Farm Weir on the Raritan River.

Removal of the Weston Mill Dam was initiated on August 14, 2017. The project will open about 4.5 miles of the Millstone River to migratory species - including American shad and river herring - and will improve public safety and recreational and scenic enjoyment of the waterway.

Update: Watch a video on the removal of the dam here, courtesy of Stony Brook Millstone Watershed Association

NOAA continues to work with the lead cleanup agency and the other trustees to evaluate cleanup and restoration efforts that would fully compensate the public for any additional potential injuries to natural resources. 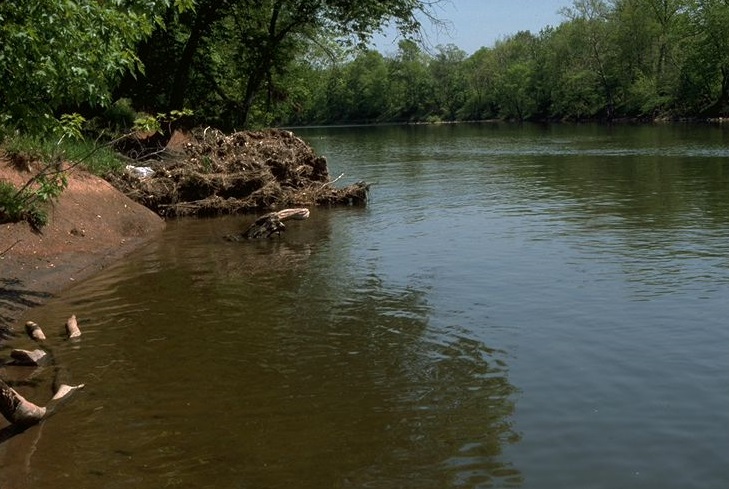 The American Cyanamid site sits on the banks of the Raritan River.

“While it’s likely that this site is among those that contributed to the general degradation of the Raritan River over the last century, the site’s cleanup and compensatory projects will be important parts of the story of restoring the Raritan.”