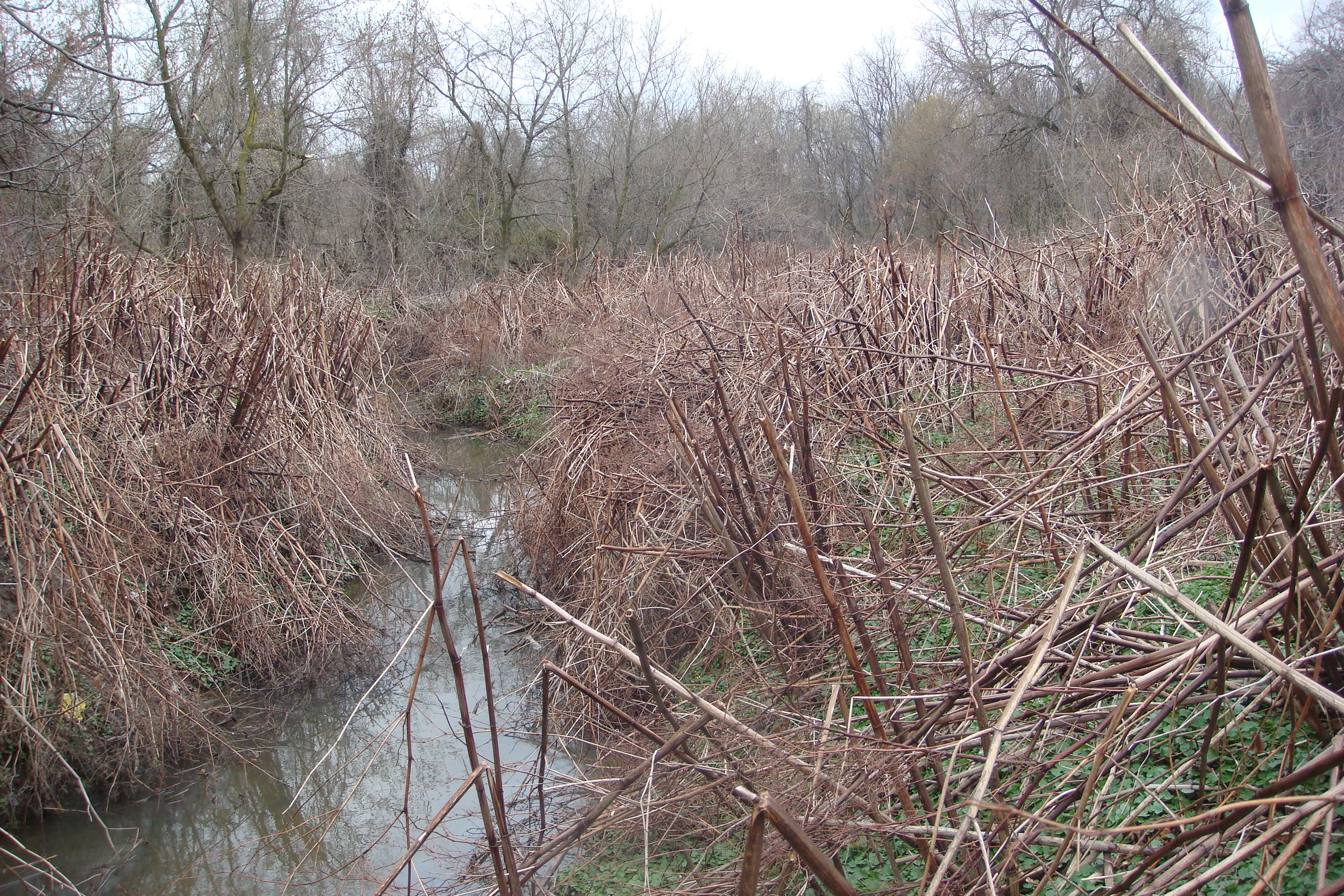 High grass along the banks of a creek at the 68th Street superfund site.

On November 29, 2017, the Federal District Court of Maryland approved a consent decree (pdf) that moves forward the cleanup and restoration of the 68th Street Superfund Site near Baltimore, Maryland.

The 239 acre site was the location of seven former landfills that received industrial and other wastes from more than 40 parties responsible for the release of hazardous substances into the environment.

The site is adjacent to wetlands and several streams that flow into the Back River and eventually the Chesapeake Bay. Those resources are habitat for migratory species, including fish like the American shad, Hickory shad, blueback herring and alewife, as well as the American eel.

Although early stages of the cleanup started in 2008, this milestone triggers the comprehensive two-phase approach leading to full restoration of the site.

Habitat restoration projects at the site include the installation of in-stream trash racks to collect debris at five locations, invasive species control, wetlands enhancement, stream restoration, and a motor vehicle exclusion. NOAA and the Trustees worked closely with the Environmental Protection Agency in developing the restoration projects.

Additionally $630,000 is included in the settlement for an off-site 75-acre reforestation project which will be overseen by the Department of the Interior.