NOAA worked with the U.S. Coast Guard and state response agencies to contain and clean up the oil, and initiated a Natural Resource Damage Assessment (NRDA)Investigation performed by trustees to identify injuries to natural resources caused by oil spills, hazardous substance releases, and grounding incidents in National Marine Sanctuaries, and plan restoration activities. The goal of NRDA is to restore natural resources and compensate the public for lost recreational use.

Oil from the spill smothered bottom-dwelling creatures on the seafloor. These organisms form an important part of the aquatic food chain, supporting fish and marine mammals. The oil moved over time, ultimately affecting approximately 45,000 acres across the Gulf.

NOAA, as the sole trustee in this case, released a final damage assessment and restoration plan in July of 2016 selecting a marsh creation and shoreline protection project in East Galveston Bay. The original project identified in the 2016 plan included the design and construction of at least 4.23 miles of shoreline protection and salt marsh restoration on the Texas Chenier Plain National Wildlife Refuge Complex. Given that the owner of the barge, K-Sea Transportation Partners LP, reached its liability limits and withdrew from the cooperative process, NOAA submitted a claim to the U.S. Coast Guard National Pollution Funds Center (NPFC) Oil Spill Liability Trust Fund (OSLTF) to cover the costs to implement the restoration project identified in the 2016 plan.

In February of 2021, the NPFC issued its final OSLTF claim determination which only offered about ⅓ of NOAA’s original claim amount to restore natural resource damages caused by the incident. Although NOAA does not agree with the NPFC’s methods or substantial adjustments to the original claim, NOAA accepted the NPFC’s offer because there were no other legal or administrative remedies available to secure the total amount of funding required to fully implement the project selected to address the natural resource injuries caused by the incident.

In February of 2022, NOAA released a Notice of Project Change for the Tank Barge DBL 152 restoration plan explaining that the OSLTF claim determination will only be sufficient to construct 1.47 miles of shoreline protection, or a little over a third of the originally selected restoration project. NOAA has conducted some preliminary feasibility analysis that indicates 1.47 miles of shoreline protection can likely be constructed with the funds allocated by the OSLTF.  NOAA is currently planning to use part of the funds for engineering, design and permitting, and will proceed with project implementation in the near future. 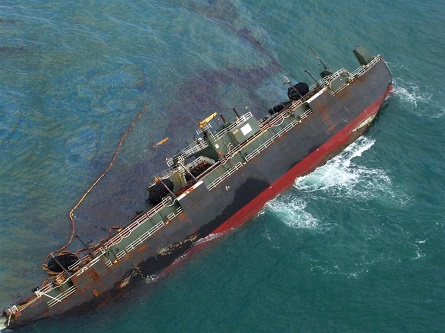 “The restoration will ultimately compensate the public for impacts to natural resources that are largely hidden from public view but provide important ecosystem services to communities throughout the northern Gulf of Mexico region.” 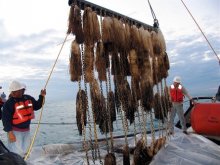 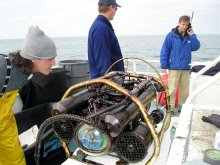