On July 25, 2010, a failure occurred in a 30-inch diameter pipeline releasing diluted bitumen, a heavy form of crude oil, into a tributary creek of the Kalamazoo River in Marshall, MI. This type of oil is also referred to as "tar sands oil." Enbridge, the owner and operator of the pipeline, estimated that approximately 843,000 gallons spilled. NOAA provided trajectory support to Coast Guard Sector Lake Michigan to predict transport of oil in the Kalamazoo River. NOAA and partner agencies also provided recommendations to EPA on ways to minimize the impact of the cleanup activities by identifying ecologically sensitive areas and providing information on cleanup techniques.

The pipeline rupture discharged oil into Talmadge Creek, which flowed and then along approximately 38 miles of the Kalamazoo River. The oil impacted over 1,560 acres of stream and river habitat as well as floodplain and upland areas, injuring birds, mammals, reptiles and other wildlife. The river was immediately closed to the public and sections remained closed for several years, reducing recreational and tribal uses of the river.

On June 8, 2015, the Trustees announced a settlement with Enbridge that will result in multiple resource restoration projects along the Kalamazoo River and will require Enbridge to pay an additional sum of nearly $4 million. Trustees arrived at the settlement in conjunction with a comprehensive settlement between the State of Michigan and Enbridge.

The Damage Assessment and Restoration Plan and Environmental Assessment was finalized on October 20, 2015.  The final document includes responses to comments made by the public on the draft document as a result of the public comment period that was held in June and July of 2015. 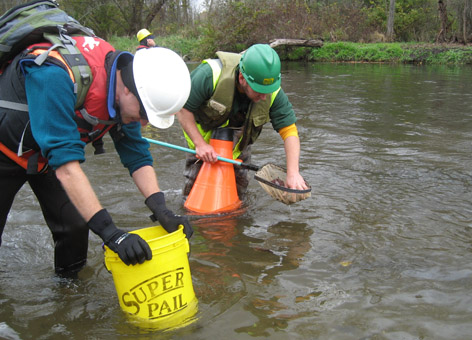