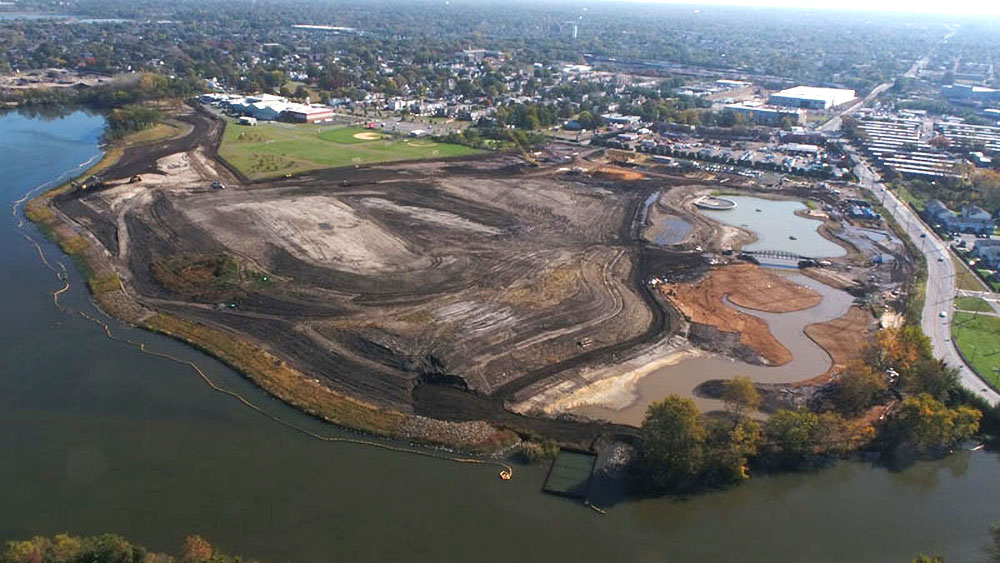 The Trustees are soliciting public comments on the Draft Amendment for 30 days through June 15, 2020.

The Trustees are proposing to replace the previously selected project -- the restoration of degraded marshes on an acquired property-- with a new habitat restoration and public access project. The proposed project would use remaining settlement funds (approximately $700,000) for habitat (shoreline/wetlands) restoration and public access features of the proposed Cramer Hill Waterfront Park Project, on the site of the Harrison Avenue Landfill in Camden, NJ, to compensate the public for injured natural resources and services resulting from the 1989 M/V Presidente Rivera oil spill.

Proposed restoration activities include channel and streambank construction, channel substrate placement (sand, gravel, and cobble), planting native plant species along the channel banks and adjacent wetlands, and construction of a kayak launch to provide access to the newly constructed tidal channels and the nearby Cooper River.

The M/V Presidente Rivera ran aground in June of 1989 and the incident resulted in approximately 255,000 gallons of No. 6 fuel oil to be spilled into the Delaware River near Marcus Hook, PA.   River and tidal currents spread the spill twenty nine miles along the Delaware River shoreline affecting New Jersey, Delaware, and Pennsylvania.

Requests for hard copies of the Draft Amendment should be submitted to the email or mailing address above before the comment deadline.