In 2007, the trusteesGovernment officials acting on behalf of the public when there is injury to, destruction of, loss of, or threat to natural resources. finalized the restoration plan to compensate for injuries caused by the spill. With extensive input from the public, we selected a suite of restoration projects to restore injured reef resources, lost recreational beach use, and lost visitor use of National Historic Sites. All projects were completed in 2014. 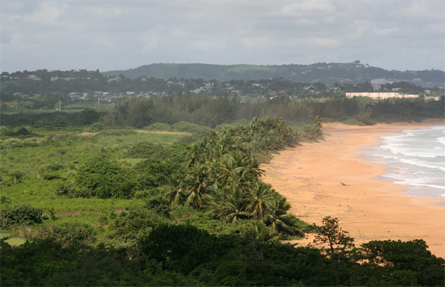 The San Miguel Natural Reserve was acquired with settlement funds to compensate the public for lost recreational use of the beaches impacted by the spill.

“The spill was a tragedy to the northern coast of Puerto Rico. The restoration projects compensate the public for the injuries to natural resources, and continue to protect the local environment while providing multiple recreational benefits for the community.”

During the Chaos of Oil Spills, Seeking a System to Test Potential Solutions