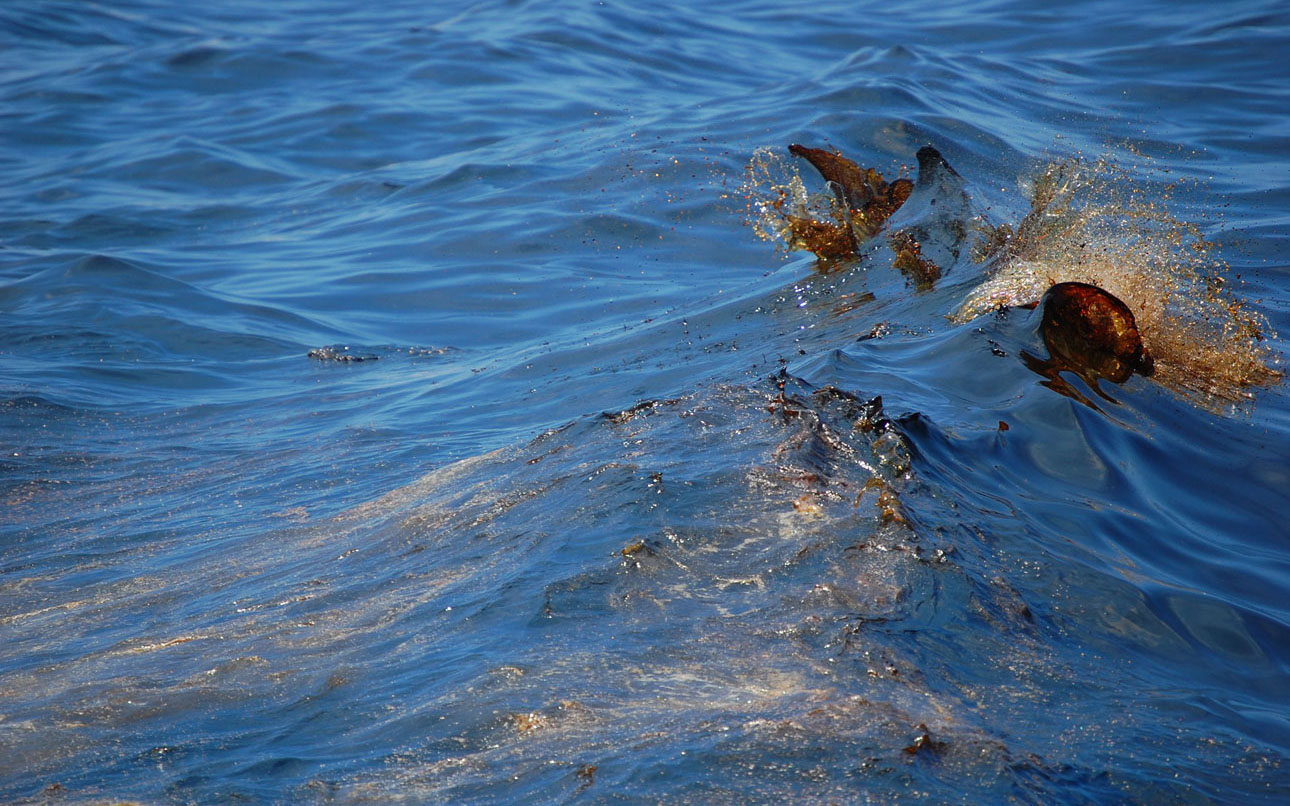 30 Years of the Oil Pollution Act: How it Helps NOAA Prepare For and Recover From Spills

The Oil Pollution Act of 1990 significantly improved how NOAA and other agencies prepare for, and respond to, catastrophic oil spills in the United States. It also provides the legal framework to hold polluters accountable to pay for oil cleanup, assessing their impacts on natural resources, and restoring the environment.

30 years after the Oil Pollution Act was signed into law, we’re still responding to spills and helping resources recover after them. In fact, the largest offshore spill in the U.S. ever—Deepwater Horizon in the Gulf of Mexico—happened just 10 years ago. We’ll be restoring the Gulf for decades to come. From these historic disasters to smaller spills that happen each year, the Act provides the framework to help communities, economies, and ecosystems recover.

What Urged Leaders to Act on Oil Pollution?

In March 1989, the oil tanker Exxon Valdez grounded and ruptured its hull, spilling almost 11 million gallons of crude oil into Alaska’s Prince William Sound. It was an unprecedented disaster. At the time, there was no comprehensive federal legislation to determine the scope of liability for costs of cleanup and restoration. Photographs of dead and oiled wildlife captivated the American public like no spill before.

Later that summer, the United States experienced a trifecta of additional oil spills across the country. In rapid succession and over the course of less than 24 hours, three other oil tankers poured their cargo into U.S. coastal waters. With most oil spill responders busy with the spill in Alaska, it left few resources to respond to the others.

The realization of the lack of resources, and a public call for action, culminated in the passage of the Oil Pollution Act in 1990. Legislative action didn’t stop then—the Act has been updated to continually improve it.

How Does the Oil Pollution Act Work?

Responding, and Improving Our Ability to Respond, to Oil Spills

We respond to as many as 150 oil spills each year in the United States—ranging from just a few gallons to millions of barrels. The Coast Guard oversees the government’s immediate response when spills and chemical accidents happen in U.S. waters. NOAA assists with the science-based expertise and support they need to make informed decisions during these emergencies.

We work with state and federal agency responders to reduce immediate risks to human health and the environment. During a spill, scientists work on the ground, on the water, in the air, and remotely to gather data. In addition, response teams rely on technology like satellites, airplanes, computer models, and other scientific tools. We have designed and built these tools over time to improve the science of our responses. NOAA uses them to predict:

Meanwhile we contain the oil and collaborate with response teams to protect coastal and marine resources and limit further impacts. Eventually the oil is cleaned up to the best extent possible.

Over 30 years of responding to oil spills, science has improved in all aspects of this work, and it continues to get better.

The Oil Pollution Act states that parties that release hazardous materials and oil into the environment are responsible for the cost of cleaning up the release. They are also for restoring any "injuries" (harm) to natural resources that result. So, the polluter most often pays the bill after oil spills.

Since 1990, NOAA and other agencies, called natural resource “trustees,” have worked cooperatively with polluters to arrive at settlements to pay for natural resource impacts. Along with the U.S. Coast Guard’s National Pollution Fund Center, we’ve secured more than $9.8 billion for restoration from 72 oil spill settlements.

Directing Science-based Assessments of Their Impacts

If it appears that significant impacts may have occurred to natural resources, a Natural Resource Damage Assessment may be initiated. The process is driven by law, science, economics, and public input, and is led by designated federal, state, and tribal trustee agencies. We work together with the responsible parties to identify both negative impacts to natural resources and lost recreational uses resulting from the incident. Our experts determine the extent of injuries, and—with public input—the best methods and locations for restoration activities.

The rigorous scientific studies necessary to identify the magnitude of injuries may take years. However, this process ensures an objective assessment—and that the public’s resources are fully restored.

After we assess the environmental injury, we determine the best methods to restore the habitat. As the primary federal trustee for coastal animals and habitat, NOAA is responsible for ensuring the restoration of coastal and marine resources. We undertake projects aimed at returning the environment to the condition it was in before the spill occurred. We also compensate the public for lost natural resource “services,” which includes recreation, like going to beaches, fishing and exploring coastal habitat.

We develop detailed, science-based plans to restore impacted resources, engage stakeholders and the public. We implement or oversee restoration projects, and monitor the results while projects are underway and after they’re complete.

Restoration can take years or longer to complete. But, because of the Oil Pollution Act, we have the means to take on restoration after oil spills to get those resources back to supporting local ecosystems and communities.