Paper mills conducting carbonless copy paper recycling released PCBs polychlorinated biphenyls; a class of chemicals previously used in manufacturing that remain in the environment for many decades, accumulate in living creatures, and pose health hazards to humans, wildlife, and fish. into the Kalamazoo River from the late 1950s through the early 1970s. EPAU.S. Environmental Protection Agency; federal agency with the mission to protect human health and safeguard the environment.’s cleanup efforts are ongoing.

PCBs from the site have contaminated water, sediments, and floodplain soils across approximately 80 miles of the Kalamazoo River. Impacts extend downstream from the Morrow Dam, as well as to the lower three miles of Portage Creek. PCB concentrations in sediment, surface water, and fish throughout the area exceed levels known to impair reproduction and growth in bald eagles and other birds, bottom-dwelling invertebrates, fish, and mink.

Consumption advisoriesFederal, state, or local government recommendations to avoid eating certain fish or shellfish because unsafe due to high levels of contamination. are in effect for all fish in the affected area, and several species are considered unsafe for human consumption.

NOAA and other trusteesGovernment officials acting on behalf of the public when there is injury to, destruction of, loss of, or threat to natural resources. are providing technical support to EPA to ensure that cleanup of contaminated areas is protective of the environment.

In April 2021, the Trustees released a Draft Supplemental Restoration Plan and Environmental Assessment for public comment for 33 days . The restoration plan proposed a suite of 14 projects to be funded with up to $12.4 million in settlement funds from companies responsible for pollution in the Kalamazoo River waterways.

The proposed projects in the draft restoration plan were selected from ideas that were submitted by the public. Project ideas that were received prior to the Trustees’ March 2020 deadline were evaluated against criteria set forth in the 2016 Final Restoration Plan and Programmatic Environmental Impact Statement. The Natural Resource Trustees will continue to solicit restoration project ideas and propose projects for implementation in the Kalamazoo River watershed until all current and future funds are appropriately expended.

NOAA and the Kalamazoo River natural resource Trustees released a Final Supplemental Restoration Plan and Environmental Assessment (PDF, 140 pages). The restoration plan includes a suite of 14 projects to be funded with up to $12.4 million in settlement funds from companies responsible for pollution in the Kalamazoo River waterways.

After releasing the draft restoration plan for public comment, the Trustees held a public meeting to explain the restoration process and the implementation plan, discuss specific proposed projects, and answer questions. No significant changes were made to the plan based on public input. 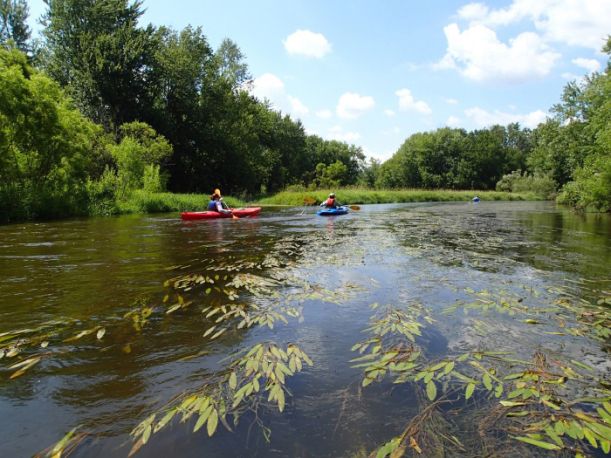