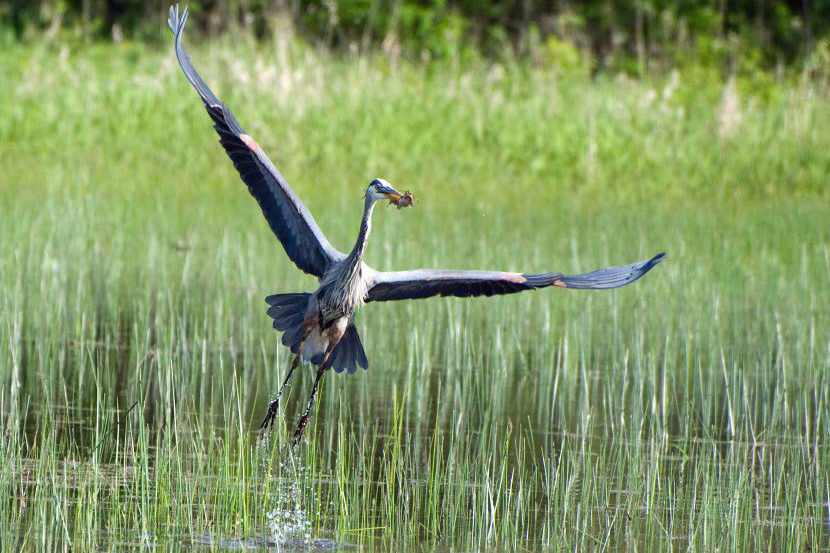 Federal and state natural resource trustees for the Wisconsin Sheboygan River and Harbor case have approved $801,000 to fund five habitat restoration, and recreation projects in areas impacted by hazardous waste there. The projects will help restore wetlands, river and upland habitats, and enhance recreational uses within the Sheboygan River Basin within Sheboygan County.

Various industrial facilities released PCBs, heavy metals, and PAHs to the Sheboygan River and the surrounding area starting in the late 1800s. The area was designated as a Superfund Site by the EPA in 1986 and took decades to clean up, which eventually concluded in 2013.

The hazardous chemicals contaminated the water, sediment and soil in the watershed, prompting the State of Wisconsin to advise against consumption of all resident fish species, and recommend limited consumption of fish coming  from Lake Michigan, between Sheboygan Falls and the mouth of the Sheboygan River. Invertebrates, reptiles, amphibians, birds, and mammals in the area were also impacted.

These projects are included in a final supplement (PDF, 10 pages) to the March 2018 Restoration plan (PDF, 130 pages). They were originally proposed in a draft supplemental plan released for public comment in May 2020.

The projects will move forward with remaining funds from a 2018 settlement of $4.5 million with those responsible for pollution at the site. Following the recommendation in the original Restoration Plan, settlement money was used for the purchase and preservation of Willow Creek, which supports high quality habitat which is under high development pressure with no conservation protection, and Amsterdam Dunes, which supports rare and unique habitats with only minimal conservation protection.

The conservation of these properties ensures their long-term protection which will  directly benefit the natural resources and resource services that were injured by the contamination.

The five projects described above are being funded by approximately $2 million remaining after these properties were acquired. Remaining settlement funds are anticipated to go toward additional restoration on these preserved lands, within the City of Sheboygan or within other tributaries in the Sheboygan River watershed.