In the early 1860’s, substantial outcroppings of phosphate rock were discovered in Charleston, SC, along the banks of the Ashley River and other areas of coastal South Carolina.

At that time, the environmental impacts of commercial fertilizers and superphosphates were largely unknown.

Due to the development of production processes and increased demand for superior fertilizers, by 1884 the phosphate fertilizer industry was arguably the largest and most important industry in South Carolina.

Production of phosphate fertilizers consisted of several processes that resulted in contamination of industrial sites.

As a first step in the process, sulfuric acid was produced by burning pyrite ore. After burning, the pyrite ore was often used as fill material on-site and elsewhere.

This material is the source of elevated heavy metals that are observed at production facilities today.  The sulfuric acid was then stored in lead chambers that were periodically cleaned out, releasing the acidic media and soluble lead directly into the environment.

In 1999 ExxonMobil accepted responsibility for four former phosphorus-based fertilizer plants along the South Carolina coast through a corporate merger.

Three of these sites, Atlantic Phosphate, Stono Phosphate and Swift Agri-Chem are located on the Ashley River in Charleston, South Carolina; the fourth site, VCCC Port of Baldwin Mines is located 50 miles to the south in the town of Port Royal.

In addition to cleaning up the sites, ExxonMobil has agreed to compensate the public for the natural resource injuries at the 4 sites.

Fertilizer production resulted in the release of  lead, arsenic, copper, mercury, and zinc.  These contaminants were transported from the sites through surface and groundwater to a total of approximately 100 acres of adjacent emergent saltmarshes and the Ashley and Beaufort Rivers.

These heavy metals do not degrade naturally in marine and estuarine sediments and tend to persist in the environment.

These have also been shown to cause a range of toxic responses in marine and estuarine organisms including mortality, reduced growth and diminished reproductive capacity.

Given these pathways and inorganic contaminants, the most likely injured resource was judged to be the marine benthic community.

The marine benthic community provides the basis for the food web that supports a wide variety of habitats and fish along the South Carolina coast.

The impacted estuarine areas adjacent to the former fertilizer sites are home to many species that are important both culturally and economically.  These include: penaeid shrimp, eastern oyster, drum, and blue crab.

In addition to an abundance of resident estuarine fish, there are also several anadromous species, including American shed, blueback herring, striped bass and the endangered shortnose and Atlantic Sturgeon.

The Trustees undertook this damage assessment in cooperation with ExxonMobil to minimize costs, reduce the need for possibly duplicative studies and to expedite restoration of the environment.

This assessment was conducted concurrently with remediation activities at the four sites that have now concluded. Moreover, the Trustees sought to directly link injury assessment and restoration planning, so these processes would occur in tandem and allow restoration-based compensation to emerge earlier in the process.

On June 26, 2019 the US Dept. of Justice entered a Consent Decree in Federal District Court announcing a settlement for claims of the Trustees for injuries to natural resources resulting from releases of hazardous substances from the Atlantic Phosphate Works Superfund site near Charleston, South Carolina.

The settlement includes $6.3 million to implement a 17-acre marsh restoration project and 3.2 acres of oyster reef. The settlement also includes reimbursement for NOAA’s, DOI’s and South Carolina’s past costs of developing the claim. 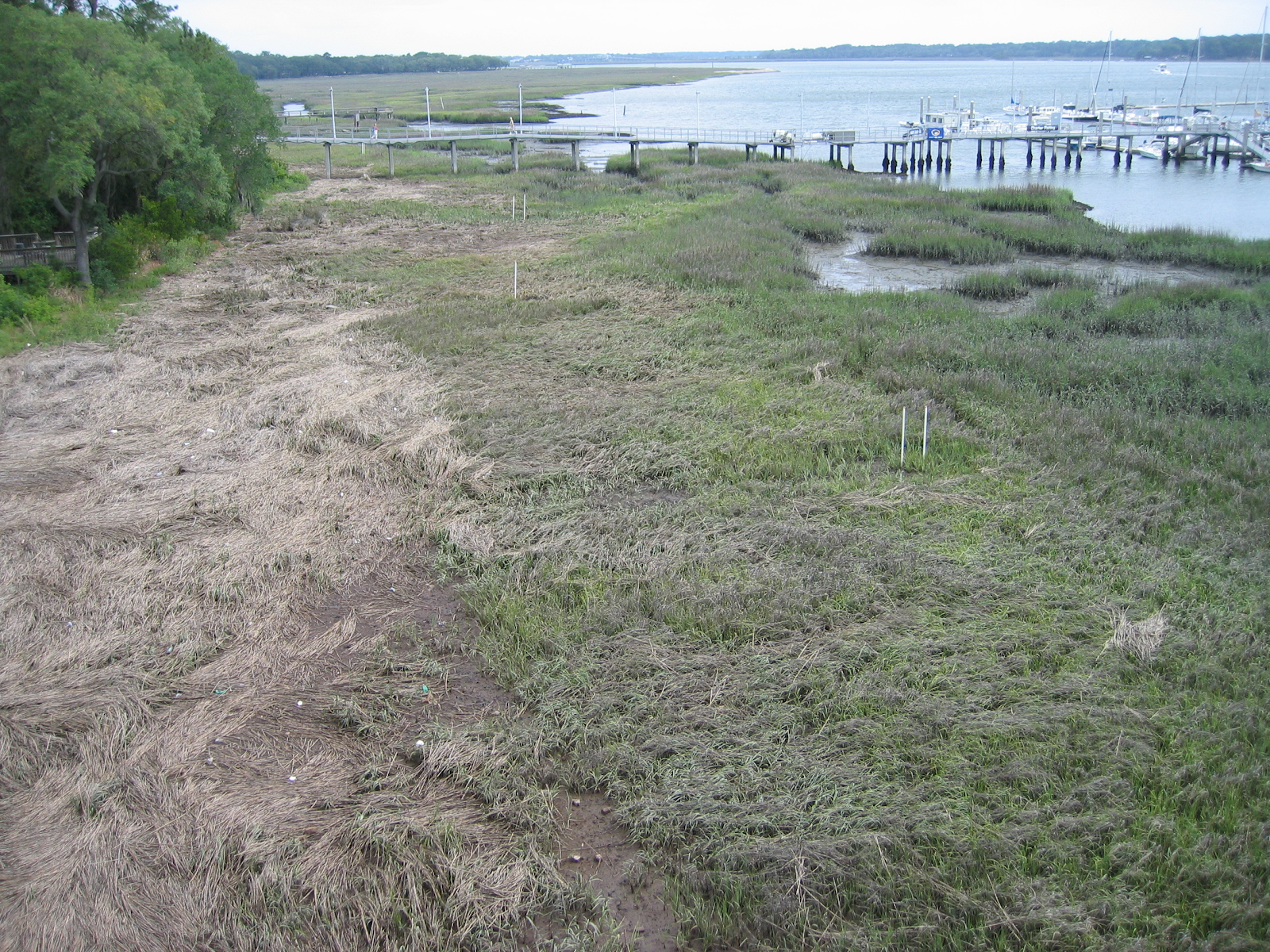 “The phosphate fertilizer industry was once a cornerstone of South Carolina’s economy.  The Natural Resource Trustees and ExxonMobil have worked responsibly in developing solutions to clean these former industrial sites of pollutants and to compensate the public for lost ecological services. Cleanup and restoration will benefit wildlife, people and the economy.”