On February 5, 2010, the cargo vessel M/V VogeTrader ran aground near Barber’s Point as it was crossing Honolulu Harbor. The grounding and associated response activities caused substantial injuries to coral reef habitat, harming more than 100,000 coral colonies.

The grounding itself—as well as the response activities undertaken to remove the vessel and prevent an oil spill—crushed, broke, dislodged, and buried multiple species of coral. Beginning on October 30, 2013, teams of divers began emergency restoration work on the reef. A total of 643 coral colonies of various species and sizes were reattached, and roughly 700 tons of rubble were removed.

In 2014 a settlement was reached requiring those responsible for the grounding, Denak Ship Management and Vogetrader Shipping Inc., to pay $700,000 for restoration. These funds will be used to further restore the damaged reef. In addition to these restoration funds, the responsible parties implemented emergency restoration in 2013, reattaching 643 coral colonies of various species and sizes, and removing close to 700 tons of rubble.

Projects outlined in the Restoration Plan began in early 2018. A coral nursery structure was deployed to provide a stable environment for injured corals to recuperate and produce healthy juveniles. Recuperated corals from the ship grounding, and new young individuals are being attached back to the injury site to restore the reef. 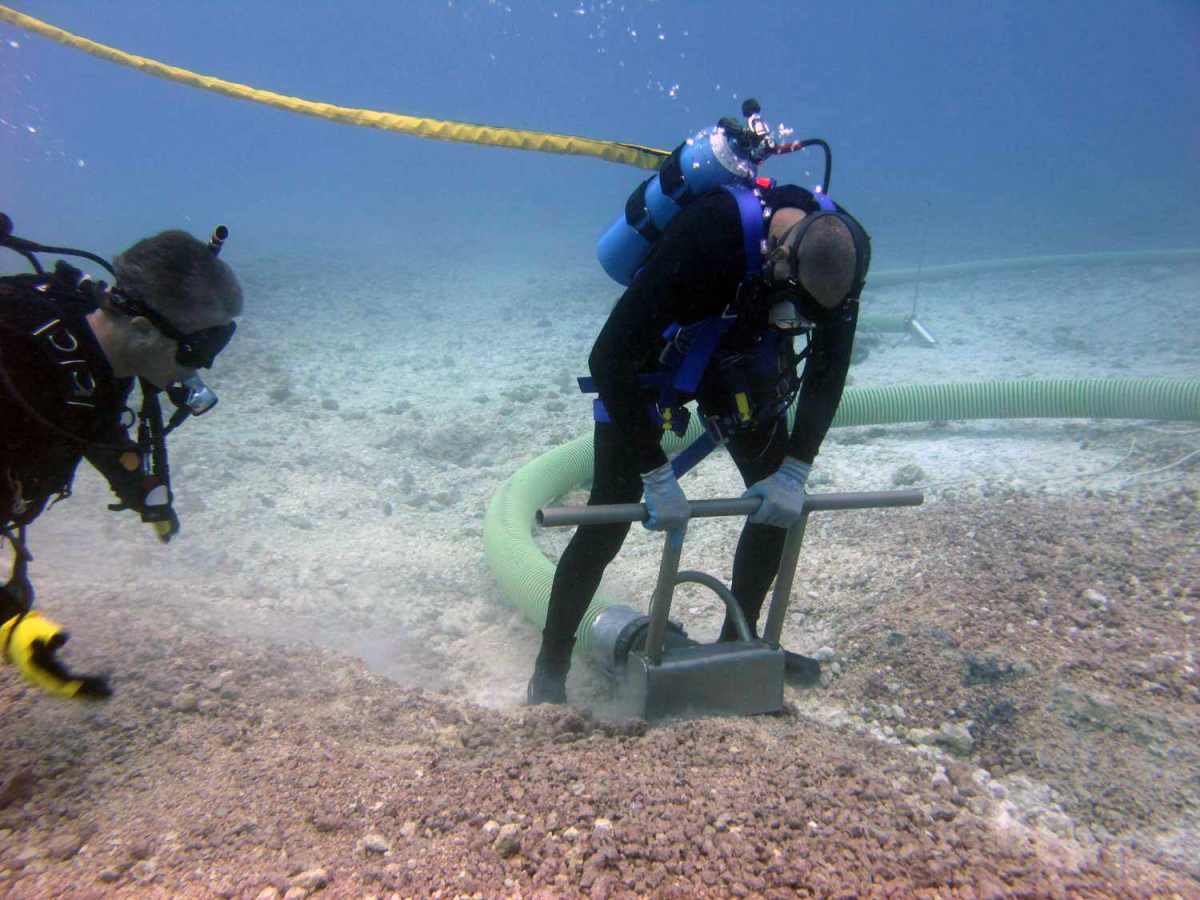 Divers remove the thick layer of coral rubble from the seafloor using a vacuum hose attached to a boat.

"Our team transported donor corals to the restoration site a few hundred yards away; we scraped the seafloor to prepare it for reattaching the corals. Using a cement mixer on a 70-foot-long boat, we mixed enough cement to secure 643 corals to the seafloor. We used donor corals that were healthy and in great condition but had been dislodged by a storm with unusually large waves." 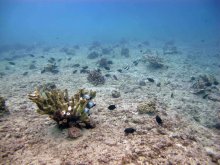