The ship’s owner (Cape Flattery Shipping Ltd.) and operator (Pacific Basin Marine Services Ltd.) worked cooperatively with NOAA and other trusteesGovernment officials acting on behalf of the public when there is injury to, destruction of, loss of, or threat to natural resources. to conduct emergency restoration at the site. Approximately 2,800 corals and coral fragments were reattached to the reef. In addition, an estimated 45 tons of dislodged coral rock were removed or reconnected to prevent this material from crushing or burying surviving reef plants and wildlife.

Efforts to free the grounded vessel caused injuries to almost 20 acres of the reef. The ship’s hull crushed and flattened coral reef habitat as it shifted during the rescue. Steel tow cables, anchors, and anchor lines scraped across wide swaths of reef habitat, removing and killing reef algae, corals, and other marine life. Cement powder from the ship’s cargo was also inadvertently spilled into the water, causing further harm to reef habitats, plants, and wildlife. Populations of algae, fish, sea urchins, and other reef animals were reduced or eliminated in the affected areas.

In 2013, a settlement was finalized, providing $5.8 million to restore natural resources injured by the grounding incident. A Restoration Plan was finalized in February 2016. The preferred restoration project is the prevention of ongoing loss of corals by removing invasive algae. This algae is smothering otherwise healthy corals in the area. 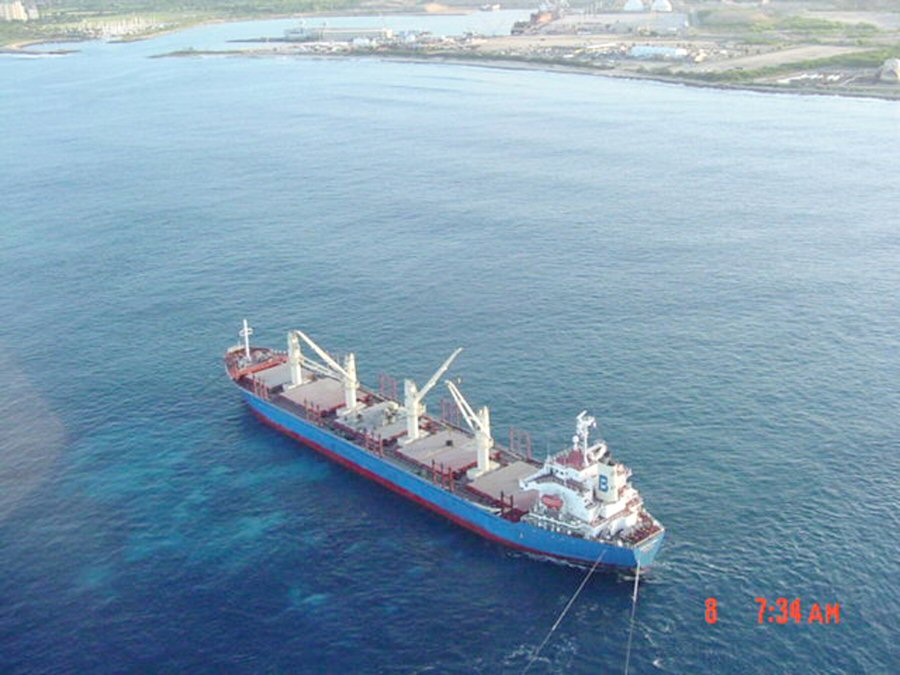 "Once a ship is stranded, the damage to corals is not over. Response activities taken to haul the vessel off the reef and prevent it from spilling any of its fuel—crushed, broke, dislodged, and buried various species of corals."

National Oceanic and Atmospheric Administration
U.S. Department of the Interior
State of Hawaii Department of Land and Natural Resources 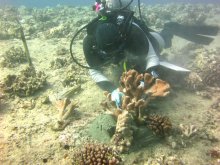 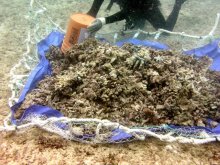