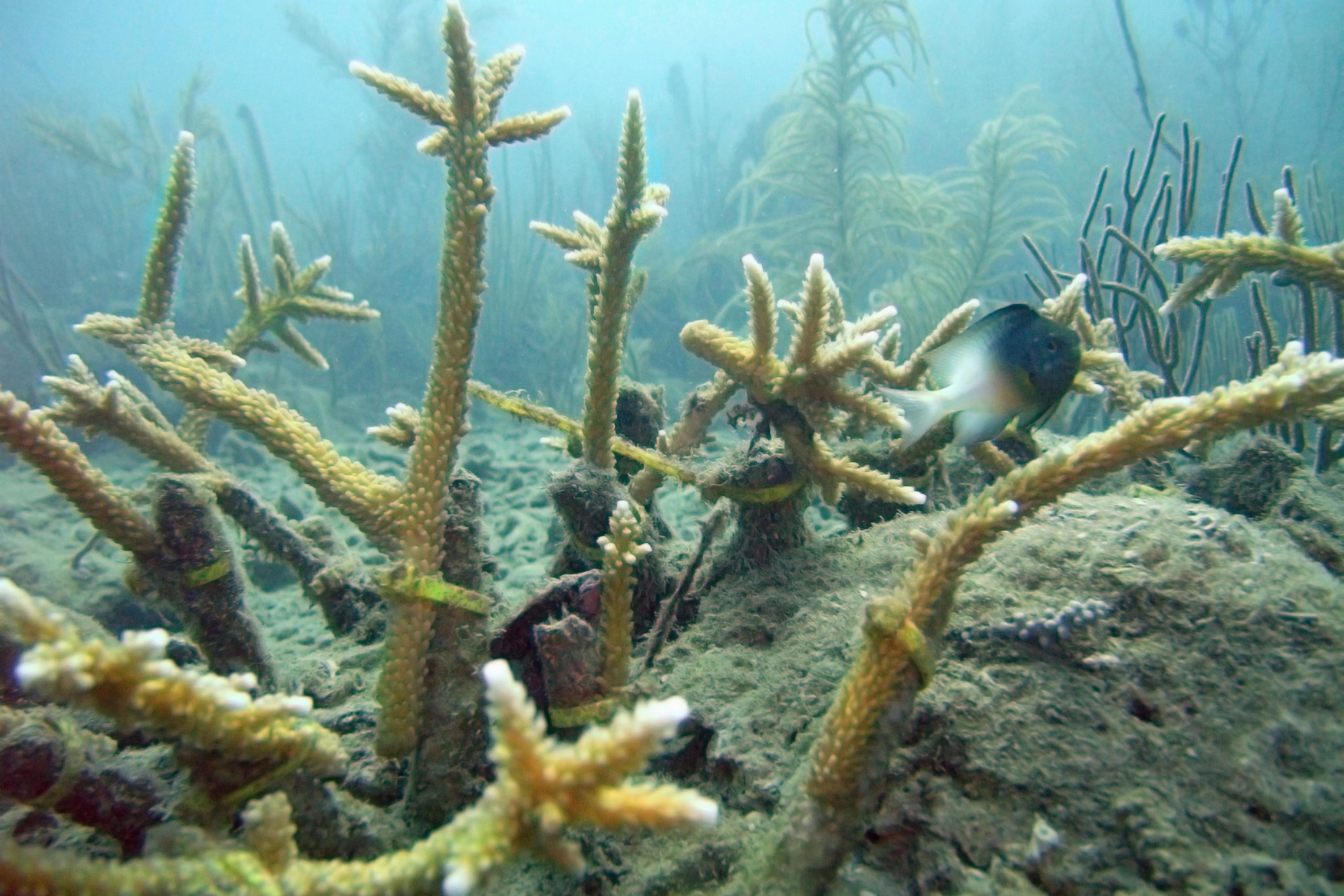 Corals that were grown from fragments in an underwater "nursery" then outplanted to damaged reefs.

Update: The public commment period for this has been extended to December 14, 2020.

NOAA and the Puerto Rico Department of Natural and Environmental Resources, acting as natural resource trustees on behalf of the public, have released a draft  “Phase II of the Comprehensive Plan for the 2006 T/V Margara Incident Natural Resource Damage Assessment: Compensatory Restoration Plan and Environmental Assessment” (PDF, 93 pages) for public comment through December 14, 2020.

This draft compensatory restoration plan outlines a proposed restoration project to compensate the public for interim losses to the coral reef ecosystem that resulted from the 2006 T/V Margara Incident when the oil tanker ran aground in Bahia de Tallaboa, Puerto Rico.

The preferred restoration alternative involves enhancement of corals and coral reef ecosystems through propagation activities, which is growing new corals from fragments of others. This restoration project described in the plan would consist of propagating multiple species of corals in nurseries (both in and out of the water) and outplanting them to reefs in Puerto Rico.  Approximately 98,000 corals will need to be outplanted to make up for the 165,000 corals that were lost as a result of the T/V Margara Incident.

History of the Incident

In April 2006, the T/V Margara a 228-meter oil tanker carrying over 300,000 barrels of fuel oil ran aground on a shallow coral reef. While none was released, it still posed a substantial threat of discharging oil into Bahia de Tallaboa.  Response efforts removed the vessel approximately a day later, causing significant damage to the coral reef. 6,755 square meters of coral reef were affected, including six species of coral that are protected under the Endangered Species Act.  Emergency Restoration efforts immediately following the Incident saved approximately 10,500 corals, but did not address the rubble areas that were created by the Incident.

Phase I of the comprehensive restoration plan for the T/V Margara Incident was released in May 2015 and it outlined primary restoration actions needed to stabilize the rubble areas so they could recover. Primary restoration was funded by the Oil Spill Liability Trust Fund in 2019.

The draft compensatory restoration plan is available for public comment through December 14, 2020.To submit comments during the comment window, please send them to Sean Griffin, NOAA Coral Restoration Specialist in Aguadilla, Puerto Rico via:

If you have questions about the compensatory restoration plan, please contact the email address above.