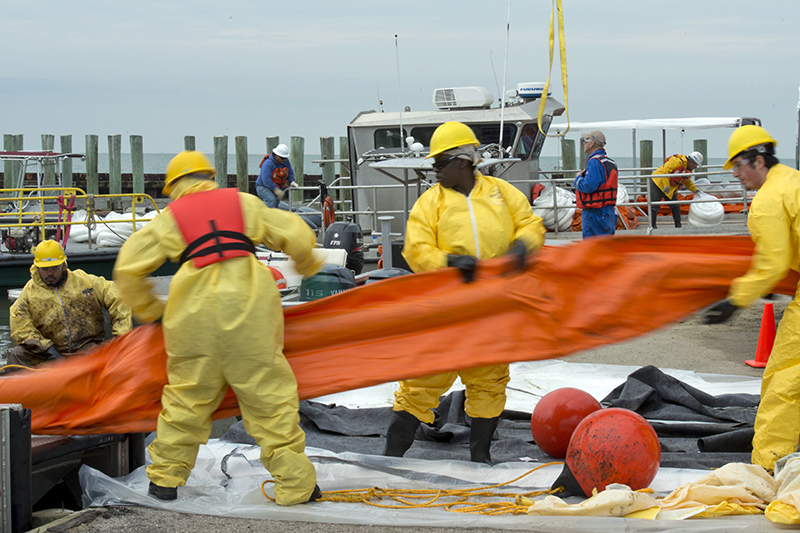 Workers deployed boom around the site of the oil spill in the Houston Ship Channel near the Texas City Dike on March 24, 2014. More than 71,000 feet of boom was deployed in response to the oil spill. (USCG)

The Texas City Y oil spill occurred on March 22, 2014 when the bulk carrier M/V Summer collided with the tank-barge Kirby 27706. The damaged barge spilled an estimated 168,000 gallons of fuel oil into Galveston Bay, which flowed into the Gulf of Mexico. More than 160 miles of Texas shoreline were oiled, with oil coming ashore as far south as Padre Island.

“We are pleased to join our co-trustees to restore vital habitats, dolphins, birds and recreational areas injured by this oil spill,” said Nicole LeBoeuf, Director of NOAA's National Ocean Service in a Department of Justice press release. “Local communities and economies depend on resilient coastal ecosystems, and we look forward to working with the public on projects to restore them.”

The proposed consent decree is available for public comment on the Department of Justice Website through January 2, 2022.