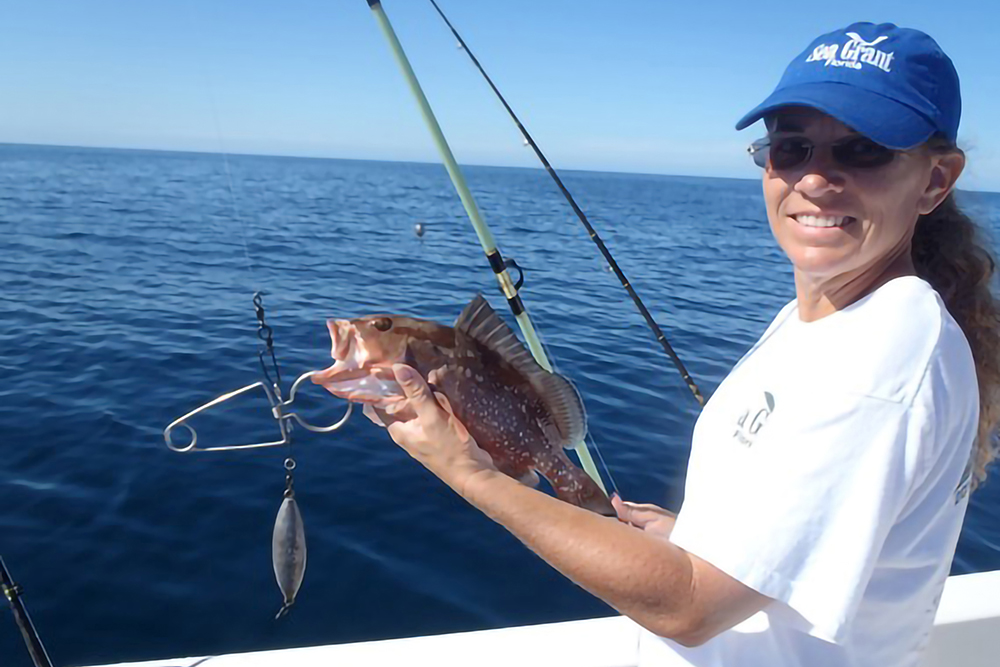 A recreational angler with a descender device to help her fish get back to depth safely after release (NOAA).

This month we are marking 30 years of restoring recreational fishing after pollution! When oil or hazardous waste spills into the environment it can make fish unsafe to eat and limit outdoor recreational activities. That’s why NOAA works to hold polluters accountable, and designs restoration projects that benefit anglers.

One example of this work is taking place as part of the Deepwater Horizon oil spill restoration efforts in the Gulf of Mexico. In 2020 NOAA announced a partnership with the Gulf States Marine Fisheries Commission to restore recreational fish species impacted by the 2010 oil spill.

Fish that survive being caught and carefully released have an increased chance to live to be caught again, reproduce, and add to the health and future of the fishery. But often, fish suffer from barotrauma, which is the build up of gases in fish’ bodies when brought up to the water's surface, that then makes it difficult for them to swim back down to their habitat after release. Fish that can’t swim back down can become easy prey for predators. Those that are able to, can have long-term negative health effects.

To combat barotrauma, NOAA and project partners will promote the use of fish descender devices (FDDs) and other tools, targeting various reef fish species like snapper and grouper. Descender devices are used to assist fish back down to their habitat.

Learn more about recreational fishing restoration and this partnership at NOAA Fisheries.