As result of historical industrial operations along the St. Louis River numerous hazardous chemicals were released into the environment. The St. Louis River Superfund site was listed on the National Priorities List in 1983.

The St. Louis River/Interlake/Duluth Tar site has been used for industrial purposes since 1890. Activities at the site have included coking plants, tar and chemical companies, the production of pig iron, meat-packing, and as a rail to truck transfer point for bulk commodities. Polycyclic aromatic hydrocarbons (PAHs)polycyclic aromatic hydrocarbons; a group of organic contaminants that are often the byproducts of petroleum processing or combustion. Many are toxic to aquatic life and several are suspected of causing cancer in humans. are the primary contaminant of concern. The Minnesota Pollution Control Agency worked with the responsible parties to conduct a clean-up effort.

NOAA and other trusteesGovernment officials acting on behalf of the public when there is injury to, destruction of, loss of, or threat to natural resources. have determined that impacts to natural resources and services extend throughout approximately 100 acres of the site. Recreational activities such as swimming and boats are discouraged at the site. Visible sheens and oil blooms have also likely decreased recreational fishing efforts nearby.

On November 16, 2017 the $8.2 million settlement to restore injuries to natural resources was approved by the U.S. District Court – District of Minnesota. The settlement includes the following restoration projects as described in the Final Restoration Plan and Environmental Assessment:

The Final Restoration Plan and Environmental Assessment includes responses to comments made by the public on the draft document as a result of the public comment period that was held July and August 2017.

The Trustees will begin implementing the restoration projects as described in the final document. 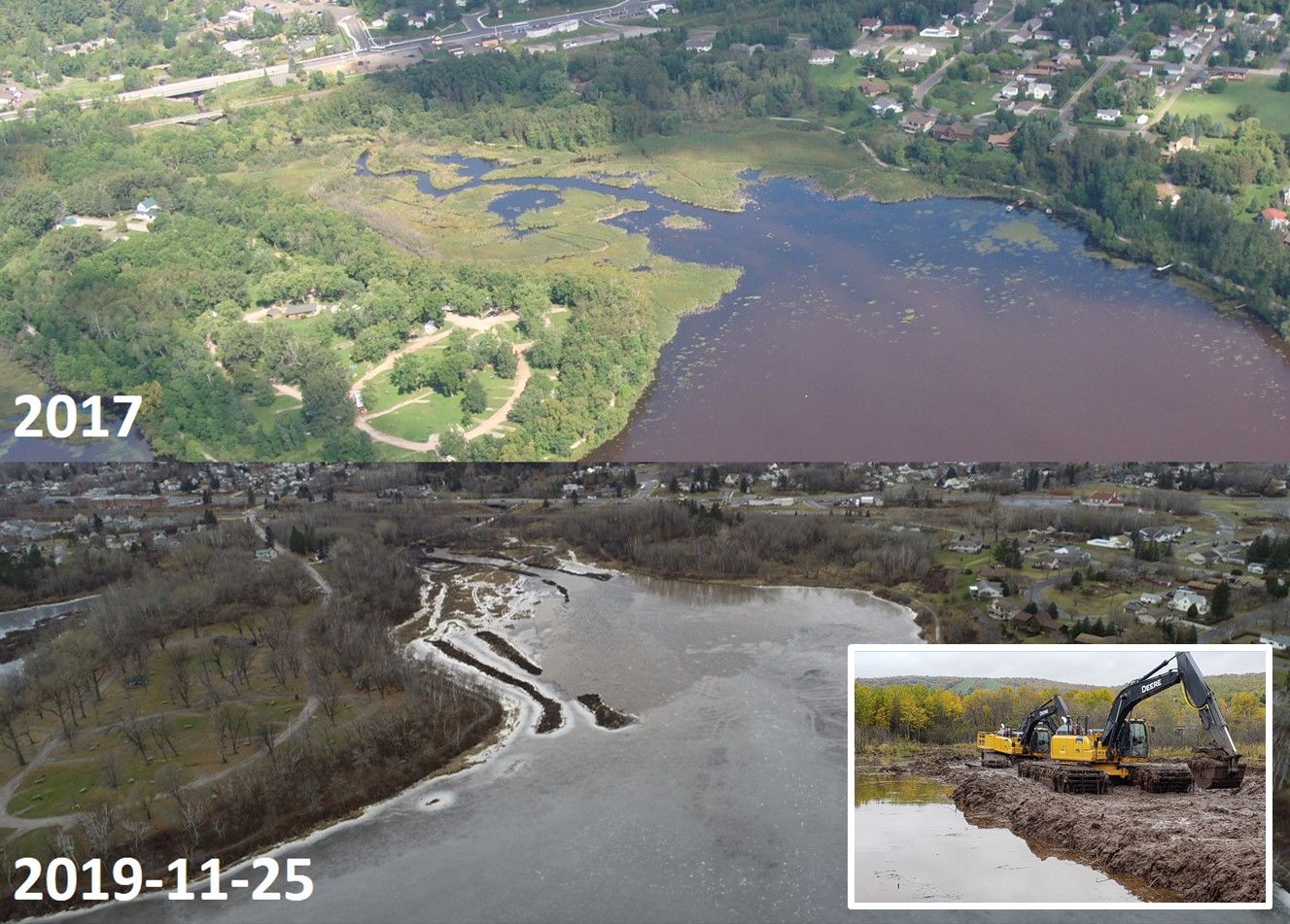 Kingsbury Bay before and after 1 year of restoration. (Top: Courtesy of 1854 Treaty Authority) (Bottom: Minnesota DNR)

“Habitat restoration work at Kingsbury Bay in the St. Louis River estuary is set to resume in the summer of 2020. During the first year invasive cattails and some excess sediment was removed from the bay. At the end of the second year of this project, approximately 174,000 cubic yards of sediment will have been removed and reused to improve habitat at other project sites. In the end, restoration of Kingsbury Bay will improve fish habitat in more than 50 acres of this important sheltered, shallow bay.”