Alcoa, Reynolds Metals Company, and General Motors (GM) Central Foundry operated along the St. Lawrence River and its tributaries for decades. The Alcoa plant opened in 1903, and Reynolds and GM began operations in the late 1950s. These facilities released toxic substances into the St. Lawrence River and the surrounding area, including PCBspolychlorinated biphenyls; a class of chemicals previously used in manufacturing that remain in the environment for many decades, accumulate in living creatures, and pose health hazards to humans, wildlife, and fish., PAHspolycyclic aromatic hydrocarbons; a group of organic contaminants that are often the byproducts of petroleum processing or combustion. Many are toxic to aquatic life and several are suspected of causing cancer in humans., cyanide, fluoride, and dioxinsa group of highly toxic chemicals that are the byproduct of some industrial processes and incineration of plastics; they accumulate in living creatures and are known to cause cancer in humans..

The recreational fishery continues to be restricted due to high levels of PCBs and other contaminants. Fish consumption advisories are in effect throughout the area.

Raquette River banks and sediment and St. Lawrence River sediment have been remediated. The Alcoa Grasse River remedy was selected and is currently being designed. Cleanup at the GM site is on-going. Tribal land adjacent to the GM landfill has yet to be remediated.

Settlements reached in 2011 with General Motors and 2013 with Alcoa and Reynolds provide $20.5 million for restoration. About 465 acres of acquired land has been integrated into a state wildlife management area. Three of five recreational fishing access projects have been constructed. A master apprenticeship tribal cultural program is on-going. Restoration planning will determine how the remaining funds will be used to restore fish and wildlife habitat. 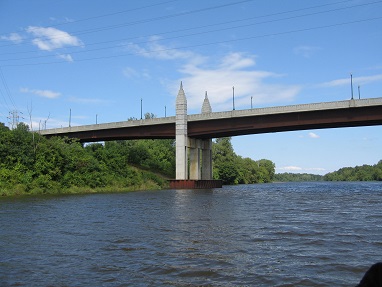 "The Saint Lawrence is an iconic waterway, supporting an international economy, a rich cultural history, and a diverse array of species, all of which are dependent upon a healthy environment. Restoration will benefit families, businesses, and visitors alike by promoting tribal cultural practices, enhancing natural habitat, and improving public access to the waterfront" 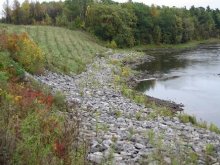 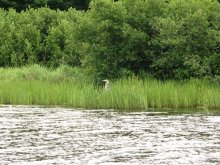 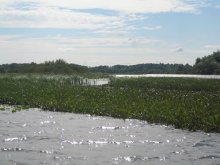