On December 7, 1997, a breach occurred in a containment stack at the Mulberry Phosphates Inc. (MPI) facility in Mulberry, Florida. Approximately 50 million gallons of acidic process water was released into Skinned Sapling Creek, flowing into the Alafia River. The contaminated water ultimately traveled approximately 36 miles of the Alafia River before emptying into Tampa Bay.

The acidity and nutrient load in the released process water altered the natural balance of the river ecosystem for months. The pollution also affected water quality in parts of Tampa Bay.

In 2003, a settlement was reached with MPI. Funds from this settlement are being used to carry out restoration in the Alafia River and greater Tampa Bay watershed. Projects include:

Co-trustees monitor the progress of a restoration pilot study completed in 2006.

“This 1997 spill caused serious harm to an incredibly diverse collection of marine and estuarine life along 36 miles of the Alafia River, and upset the delicate balance and function of parts of Tampa Bay. Restoration is critical to regaining the lost species and habitats and to enhancing the resiliency of the Tampa Bay estuary. ” 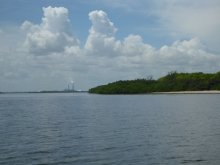 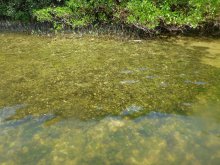