Historical operations by DuPont and others at the Beaumont Works Industrial Park released hazardous substances and their byproducts, including chlorinated organic compounds Synthetic substances combining carbon, hydrogen, and chlorine atoms, such as chlorinated fluorocarbons (CFSs), chlorinated hydrocarbons (CHCs), and carbon tetrachloride. These compounds resist natural degradation. and persist in the environment long after the original release. and heavy metals, into the surrounding environment. These chemicals contaminated the approximately 30-acre West Marsh, in the northwest corner of the facility adjacent to the Neches River.

NOAA and other trusteesGovernment officials acting on behalf of the public when there is injury to, destruction of, loss of, or threat to natural resources. have identified impacts to approximately 21.5 acres of bottom habitat in these wetland areas resulting from historical operations at the industrial park.

Extensive fresh to brackish wetlands are present along the Neches River, which borders the site to the north, east, and west. The marshlands in and adjacent to the site encompass several swales, channels, ditches, and depressions. High marsh habitat exists along the edges of some of these perennial aquatic habitats. These wetlands support multiple species of fish, migratory birds, and waterfowl.

In a Federal Register Notice on January 14, 2021, the Department of Justice announced that a consent decree was lodged in Federal District Court proposing a plan to compensate the public for injuries to natural resources from the Beaumont Works Industrial Park Complex. The consent decree was entered on March, 25 2021.

The finalized plan will preserve 475 acres of tidal wetlands, expanses of open water, and bands of upland forested habitat in Orange County, Texas. This restoration plan will preserve important habitat for fish, migratory birds, and waterfowl.

Under the finalized settlement the Responsible Parties will reimburse Trustees for past and future assessment costs, as well as provide funding to oversee and monitor the restoration project.

The 475-acres of estuarine habitat and wetlands protected under this agreement will be preserved in perpetuity via a conservation easement with Big Thicket Natural Heritage Trust, a local conservation organization, with Trustee oversight. 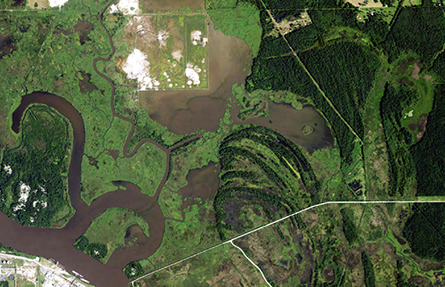