The former Gulf Oil refinery began operations during the Spindletop salt dome oil boom in 1902. The refinery produced jet fuel, gasoline, petrochemicals, and other oil and chemical products. It historically released PAHspolycyclic aromatic hydrocarbons; a group of organic contaminants that are often the byproducts of petroleum processing or combustion. Many are toxic to aquatic life and several are suspected of causing cancer in humans. and heavy metals at the site.

Chevron acquired the property in 1984, and conducted cleanup activities beginning in 1999. The cleanup was completed in 2009.

In 2004, NOAA and other trusteesGovernment officials acting on behalf of the public when there is injury to, destruction of, loss of, or threat to natural resources. reached a settlement with Chevron for $4.4 million to fund habitat restoration. Implementation was completed in 2009 on these projects:

Following a monitoring period, the trustees certified all restoration as successful in 2013. Please note: this case is no longer active and restoration is complete. 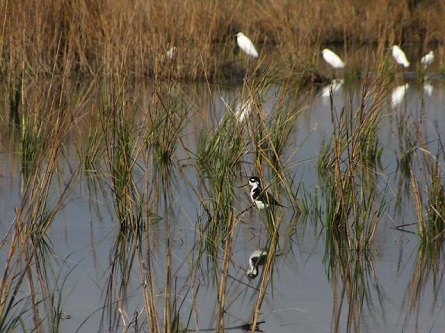 A black-necked stilt and snowy egrets in the restored wetland habitat. (Chevron)

“These projects will improve the fish and shellfish abundance in this part of southeast Texas, provide habitat for wildlife and fish, increase recreational opportunities for bird watching and fishing, and improve the habitat for waterfowl.”

ORR Blog: Over a Century after Texas Strikes Oil, Marsh Restoration Completed for an Old Refinery’s Pollution. May 2013. 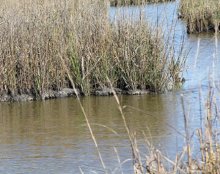