The banks of Bayou d’Inde have been industrialized since oil and natural gas deposits were discovered nearby in the 1920s. Chemical manufacturing and petroleum refining facilities have released toxins—including PCBspolychlorinated biphenyls; a class of chemicals previously used in manufacturing that remain in the environment for many decades, accumulate in living creatures, and pose health hazards to humans, wildlife, and fish., dioxinsA group of highly toxic chemicals that are the byproduct of some industrial processes and incineration of plastics; they accumulate in living creatures and are known to cause cancer in humans., lead, and mercury—into the bayou and surrounding areas for decades.

Some of the potentially responsible parties (PRPs)The individuals, companies, or government agencies responsible for an oil spill, hazardous substance release, or ship grounding incident. began cleanup activities in late 2014 and they are expected to be completed by the end of 2018. Collectively they will dredge contaminated sediment from the main channel, use articulated concrete block mat technology for in-situ capping of approximately 36,000 square yards, and cap the remaining contaminated areas with clean sediment.

NOAA is currently working with the other trusteesGovernment officials acting on behalf of the public when there is injury to, destruction of, loss of, or threat to natural resources. to ensure that sediment dredging and capping limits risks to the local ecosystem. We will also monitor contaminant levels in the bayou to track the long-term effects of the remediation.

Bayou d’Inde is a major tributary of the Calcasieu River, supporting a diverse ecosystem, including many types of fish, birds, and terrestrial and marine mammals. PCBs, dioxins, lead, mercury, and other contaminants have accumulated in the water and sediments of the bayou and its surrounding wetlands and floodplains.

Restrictions on consumption of fish and shellfish from the bayou have been in place since 1987 due to elevated toxin levels. Swimming and other water-based recreation activities are also considered unsafe. In addition, contaminants from the bayou have contributed to a fish consumption advisory A federal, state, or local government recommendation to avoid eating a certain fish or shellfish because it is unsafe due to high levels of contamination. for the entire Calcasieu Estuary, first issued in 1992.

NOAA and the other trustees have conducted a natural resource damage assessment in cooperation with the PRPs.

On October 15, 2018, the court approved an $11 million consent decree resolving claims pertaining to the discharge of hazardous substances into Bayou d'Inde. NOAA and other trustees will use settlement funds to pay for future natural resource restoration actions selected by the trustees.

The public will have an opportunity to review and comment on the proposed Restoration Plan when complete. 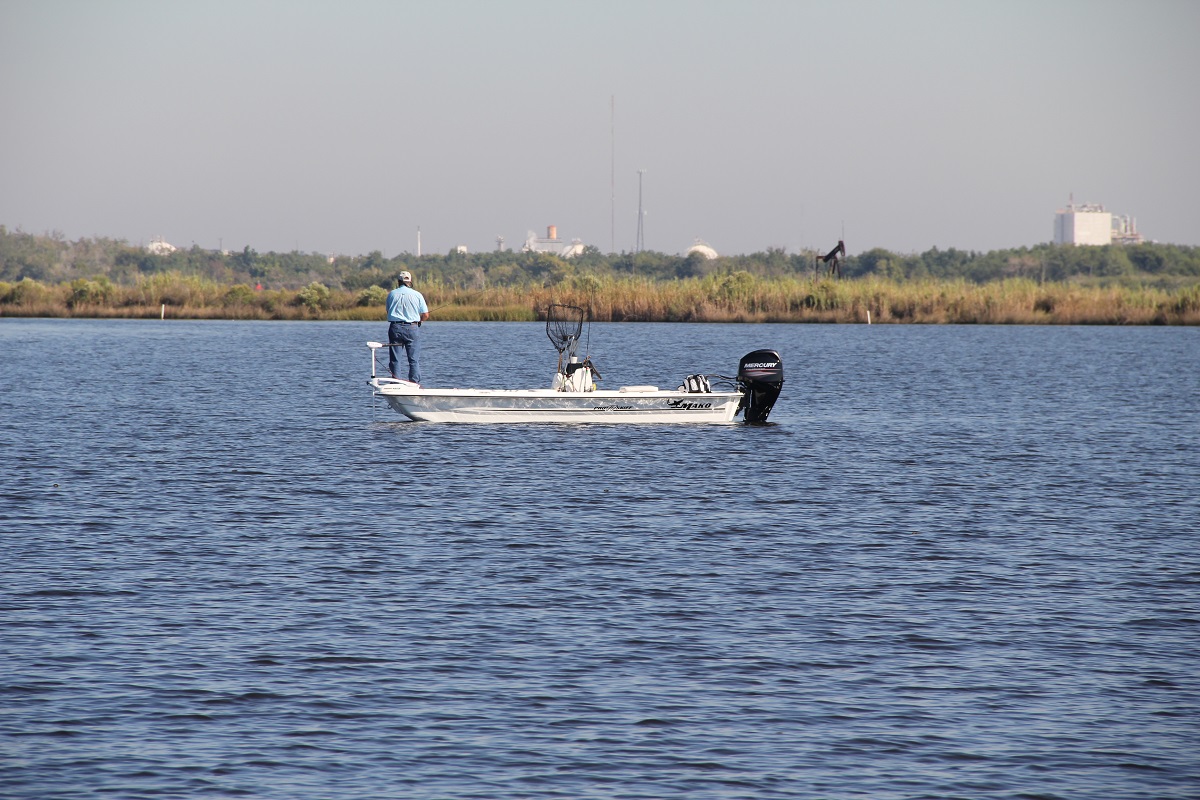 The Trustees are studying the impacts to recreational fishing which has been limited in Bayou d'Inde since 1987 and the Calcasieu since 1992.

“The Calcasieu Estuary is an important ecological, recreational, and economic resource for southern Louisiana. Bayou d’Inde’s impaired condition has reduced the public’s access to these resources. Cleanup and restoration of Bayou d’Inde and the Calcasieu Estuary as a whole are key to improving conditions and allowing public access to these natural and recreational resources.”