NOAA worked with EPAU.S. Environmental Protection Agency; federal agency with the mission to protect human health and safeguard the environment. to develop a protective cleanup, and we continue to evaluate monitoring data to ensure its success. In 1996, a treatment system for contaminated groundwater and soils was constructed. Additional cleanup measures are ongoing.

Contaminated shallow groundwater and leachateAny liquid that extracts constituents from material it passes through such as liquids percolating through contaminated soils. flowed through deteriorated bulkheads, discharging to the mudflats of Motts Cove and Hempstead Harbor. Saltwater marshes adjacent to the property were negatively affected by this contamination. Worms, crustaceans, shellfish, and other invertebrates were impacted.

NOAA worked with the other trusteesGovernment officials acting on behalf of the public when there is injury to, destruction of, loss of, or threat to natural resources. and the responsible partiesThe individuals, companies, or government agencies responsible for an oil spill, hazardous substance release, or ship grounding incident. to conduct a natural resource damage assessmentInvestigation performed by trustees to identify injuries to natural resources caused by oil spills, hazardous substance releases, and grounding incidents in National Marine Sanctuaries, and plan restoration activities. The goal of NRDA is to restore natural resources and compensate the public for lost recreational use. and resolve liability. The 1992 settlement provided funds for habitat restoration, monitoring, and past assessment costs. Under the terms of the agreement, the responsible parties replaced the deteriorating bulkhead in 2004.

Restoration was originally planned for the inlet adjacent to the Superfund site. However, the project was relocated across the harbor due to concerns unrelated to the historical contamination, such as erosion and increased water depth. The one-acre Bar Beach Lagoon salt marsh and shoreline restoration project was conducted in 2003, with supplemental funds provided by NOAA's Community-based Restoration Program. The site was monitored until 2008. 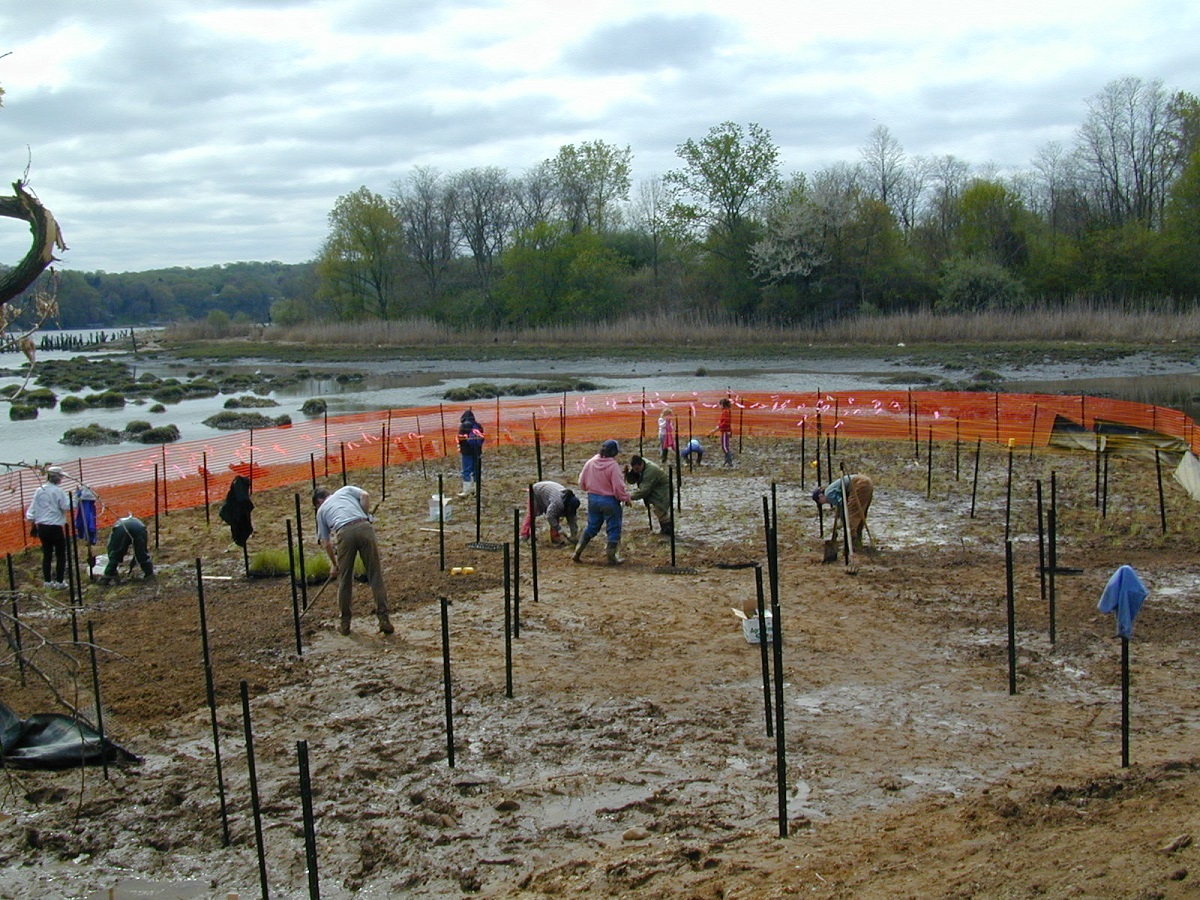 Volunteers assisting in the 2003 installation of saltmarsh plants and geese exclusion fencing/flagging.

"The marsh restoration was a great opportunity for both increasing vital fishery habitat and reconnecting the local community and users of Bar Beach Park with Hempstead Harbor." 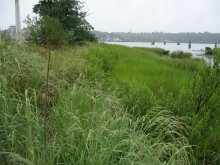