Beginning in 1951, chemical manufacturing facilities disposed of pesticides, untreated liquid waste, and manufacturing wastewaters into ditches that flowed into Greens Bayou. Released contaminants included the pesticide DDTdichloro-diphenyl-trichloroethane; chemical compound manufactured for use as a pesticide until it was banned in the U.S. in 1972. DDT remains in the environment for many decades, accumulates in living creatures, and poses health hazards to humans, wildlife, and fish. and heavy metals.

In 2013, a settlement was reached with GB Biosciences, ISK Magnetics, and Occidental Chemical Corporation. The responsible parties The individuals, companies, or government agencies responsible for an oil spill, hazardous substance release, or ship grounding incident. have implemented habitat restoration, and reimbursed the trusteesGovernment officials acting on behalf of the public when there is injury to, destruction of, loss of, or threat to natural resources. for the cost of the assessment and restoration oversight. Two projects were selected with input from the public:

Recovery of the restored salt marsh is currently being monitored. 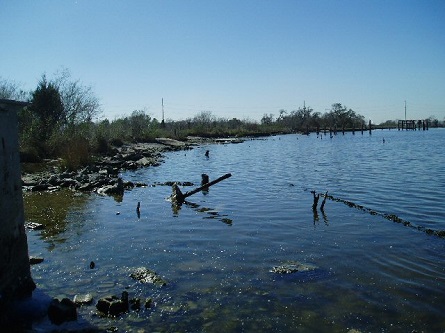 “Restoring the Greens Bayou site will not only compensate the public for lost natural resources that were injured at the site, but will also further the implementation of two long-term conservation programs in the Greater Houston Area: The Baytown Nature Center restoration and Spring Creek Corridor preservation efforts.” 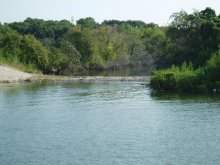 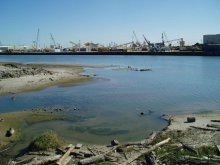 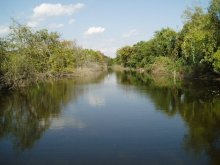